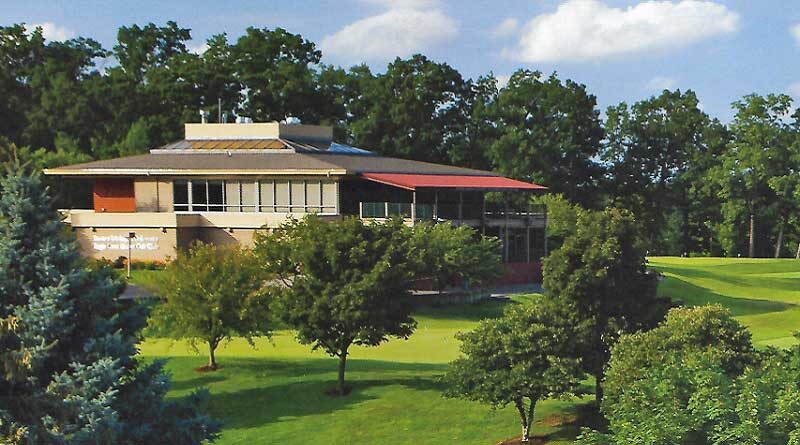 When the pandemic hit and halted most in-person events, it created down time for many destinations to begin, continue or wrap up renovation projects and full-blown new builds. Now that corporate and leisure functions are returning to Michigan, event planners and their attendees are sure to see some fresh offerings when it comes to meetings spaces, off premise activities, guest rooms and restaurants.

Homewood Suites by Hilton will open a 107-room hotel just south of campus in the fall of 2022. Highlights include a vegetated roof with a storm water system, outdoor patio with fire pits, indoor pool, indoor bicycle parking and on-site vehicle parking, including EV charging stations powered by rooftop solar panels.

Last fall, the M1 Event Center opened on Woodward Avenue in Pontiac, about 35 miles from the Detroit Metro Airport. This 87-acre complex is an auto enthusiasts dream with both indoor and outdoor spaces overlooking the 1.5-mile Champion Motor Speedway. The 40,000-square-foot outdoor plaza accommodates 2,500 people while also displaying vehicles. The two-story Grand Concourse ballroom hosts up to 500 and can be divided into three distinct salons. The most exhilarating part of M1 is the option for guests to ride shotgun at 100mph with a professional driver around the track (or getting behind the wheel for controlled laps in one of the center’s performance vehicles).

Detroit’s iconic David Whitney Building is rebranding as a Marriott Autograph Collection property (the first in the city), with a Aloft boutique hotel concept. Twenty-four of the current apartments will be converted to one and two-bedroom hotel suites, bringing the total number of guest rooms to 160. Upgrades to the hotel lobby bar, atrium lounge and outdoor seating, as well as a new restaurant at the corner of Woodward and Park avenues, are also planned to be completed by late 2023.

The Bavarian Inn has added a unique venue to its portfolio with ResidenZ – a grand 1910 estate once owned by the Zehnder and Weiss families, now available as a private rental for groups up to 16. The fully furnished Bavarian-designed property sits on a well-manicured lot next to the Lodge and the city’s famous covered bridge. It can accommodate 16 guests in five bedrooms, and also features five full bathrooms, laundry facilities, air conditioning, complimentary Wi-Fi and more.

The Sheraton Grand Rapids Airport Hotel & Conference Center is undergoing a $14 million renovation and when completed late this summer, it will be one of the first properties in the country to feature the new brand design geared toward meetings, corporate groups and leisure travelers alike. Among the offerings are The Studios – informal spaces for small group gatherings or private dining and The Booths – private sound-proof rooms with video call capabilities.

The Amway Grand Plaza has wrapped up a $40 million facelift to its exterior, guest rooms and top of tower restaurant (now the award-winning MDRD). The latest unveiling is Woodrows DuckPin Bowling and Taco Alley, located in the former GP Sports. AGP has also just opened its rooftop pickleball courts. Across the street at the JW Marriott, a new expanded spa called Seraphina has just opened, focusing on natural, thoughtful and holistic services in a modern setting.

There’s a global feel to the Haworth Hotel and Conference Center on the campus of Hope College in downtown Holland. Redesigned by Milan-based Patricia Urquiola, this boutique property features 48 guest rooms (including one new suite), 14 conference spaces and a 350-person ballroom. The focal point of the lobby is a grand modern spiral staircase reminiscent of the interior of New York’s iconic Guggenheim. The hotel is a showcase for Haworth’s furniture design providing a sleek yet comfortable feel.

Just a few blocks away, the recently renovated Holland Civic Center Place is a multi-use facility for entertainment performances, association meetings, corporate banquets and other gatherings. The Great Hall is its largest space, able to accommodate 500 people. Other spaces include Market View (200), Market Side (150) and Atrium (100).

Kalamazoo’s largest meeting venue, the 338-room award-winning Radisson Plaza Hotel & Suites, has just begun a multi-million-dollar renovation project scheduled be run through the summer of 2023. When complete, guests will find a new look and feel from the lobby to the lower-level meeting spaces to the top floor of guest rooms. Among the already finished updates is Brick and Brine, which opened in January with an open-air concept – the first of its kind in the downtown area. This space offers three private event spaces, a main dining room and bar/lounge seating.

New to the downtown neighborhood are the Hilton Garden Inn and Home2 Suites by Hilton, both housed in the former Historic Mason Temple Building (also known as the Rose Street Market building). The Hilton Garden features 114 rooms spread out over six floors, while the pet friendly Home2 offers 106 spacious suites with kitchens. The Garden Grille & Bar provides room service to both properties. Within walking distance of all three hotels is The Xperience, the first Black-owned multi-use entertainment venue located inside the Kalamazoo City Centre. With 3,200-square-feet of space, this is a prime spot for corporate events with a raised stage, liquor license and add-on options like signature cocktails.

In the heart of the Stadium District, the Courtyard by Marriott on Michigan Avenue is within view of the State Capitol and walking distance to Lugnut Stadium, several museums, Lansing Center and Meijer’s Capital City Market. The property features a state-of-the-art lobby, nearly 1,700-square-feet of meeting space, 122 well appointed guest rooms (including two suites) and The Bistro restaurant.

On the campus of Michigan State University, The Graduate – East Lansing is a refreshing new brand for Michigan (another location in Ann Arbor opened in 2016). This 194-room property has a boutique feel in what the staff calls “Up North College” with an Art Deco flair. Three distinct seating areas are found in the lobby area, adjacent to Pointdexter’s coffee bar and a small workout room. The top floor is home to The Rock Bar with nostalgic décor and unparalleled views of campus. Overall, this property features over 6,000-feet of flexible meeting and event space, both indoors and out.

Also coming online this year is The Lansing Shuffle – an indoor/outdoor 14,000-square-foot entertainment complex in the former Lansing City Market building. It will include seven restaurants, two full-service bars, five shuffleboard courts and flexible event space next door to the Lansing Center and the Grand River.

Red Cedar Development is building on two hotels – a Hyatt House and AC Hotel by Marriott – as part of a mixed-use project on Michigan Avenue between downtown Lansing and the MSU campus. Overlooking the Red Cedar River, the complex will also feature A Toscana Restaurant and Bar (opening this year), student housing, assisted senior facility and market rate living spaces, as well as a 20-acre public park and amphitheater connected to the Lansing River Trail.

One of the more exciting upgrades to the historic Grand Hotel was the renovation and expansion of the Esther Williams swimming pool area, including a fitness center and bathhouse. There is also an area dedicated to private events, and the second floor of the pool house offers meeting and event space. Among the added offerings are a zero-depth beach entry, water jet play area, water slide, 15 reservable cabanas, large heated whirlpool and private adults-only pool area with an infinity edge and unparalleled views of the island.

A new meeting space has opened in up in downtown Marquette called CoLAB, catering to remote and traveling professionals and located in the renovated Kaufman Block at 101 West Washington. Private office and meeting spaces are available for short and long-term rentals, along with state-of-the-art audio and visual equipment for virtual meetings as well as high speed internet, printing, private wellness space and kitchenette.

In April 2021, the city of Muskegon unveiled its new convention center, renovated hotel and sports arena in the heart of downtown. With a $21 million price tag, the VanDyke Mortgage Convention Center boasts 37,700-square-feet of total meeting space including a 16,550-square-foot clear-span ballroom and 13 breakout rooms. This impressive venue is attached to a 200-room Delta Hotel featuring the 200 seat Walker’s – An American Brasserie, as well as the 3,000-seat multi-purpose Mercy Health Arena (home of the Muskegon Lumberjacks hockey team). These properties sit within one of two active county “Social Districts” (the other being the Muskegon Lakeside area, with additional districts in Whitehall and Montague in the works to the north), licensed public areas where the public is allowed to stroll with alcoholic beverages purchased from local bars or restaurants.

Along the shores of Little Traverse Bay and just steps from the Great Lake Center for the Arts, the Northern Blue Penthouse offers an elegant new retreat option with over 10,000 square feet. Encompassing two levels – including the entire fourth floor – this space is accessible by a private elevator and is divided into 29 rooms including eight bedrooms (and an equal number of baths), spacious kitchen, workout area, laundry, fireplace, numerous balconies and more.

The former Bay Harbor Equestrian Center on US-31 is being transformed into a 40,000-square-foot multi-use activity center named Gypsy Farms. Sitting on 23 acres, this complex will feature a distillery and tasting room, golf swing suites, arcade, duckpin bowling and beer garden. The horse paddocks will host farm markets, holiday events and more. Phase One should be complete in the summer of 2022.

The long-anticipated City Flats Hotel is finally open, with 18 uniquely designed guest rooms, eateries and a 300-person ballroom set inside the original 1927 bank vault (the hotel occupies the former Michigan National Bank building). Restaurants include the Kitchen and the Bar inside and the Fair Weather Grill and “CityFloats” bar outside along the Black River (which flows into the St. Clair River and ultimately into Lake Huron).

Also downtown, McMorran Plaza is a large outdoor social space with a beer garden, free live entertainment stage, splash pad, fire pits, comfortable seating and more. The plaza sits inside the city’s Social District – which stretches along Military Street and Huron Avenue between Court and Glenwood. A second such district is planned along the Blue Water Bridge Waterfront, near the Blue Water Convention Center.

A complimentary Water Taxi offers rides between key sites along the St. Joseph River, along the city’s Maritime Heritage Trail. The cute canopy covered boat seats just six passenger and runs throughout the weekend in the summer months (weather permitting) providing access to the historic Silver Beach Amusement Park and downtown St. Joseph, with access at the Margaret B. Upton Arboretum, Bread Bar in Benton Harbor The Inn at Harbor Shores – host of the 2022 KitchenAid Senior PGA golf championship. Another option to get out on the water is the Harbor Hopper, a southwest Michigan cycle boat, which also operate out of The Inn at Harbor Shores.

Those looking to explore the beaches and waters in the Grand Traverse area will find several tour operators with unique excursion options. LyfMotiv Adventures was founded in 2020 offering sailing, biking and hiking trips. Spend a day sailing to and hiking on North Manitou Island, exploring Power Island or riding e-bikes through wine country. Sleeping Bear Adventure Tours has put together a full day of activities including kayaking along Sleeping Bear Dunes, biking the Sleeping Bear Heritage Trail and paddle boarding in Little Glen Lake, capped off with a stop at the popular Hop Lot Brewing Company in Suttons Bay.