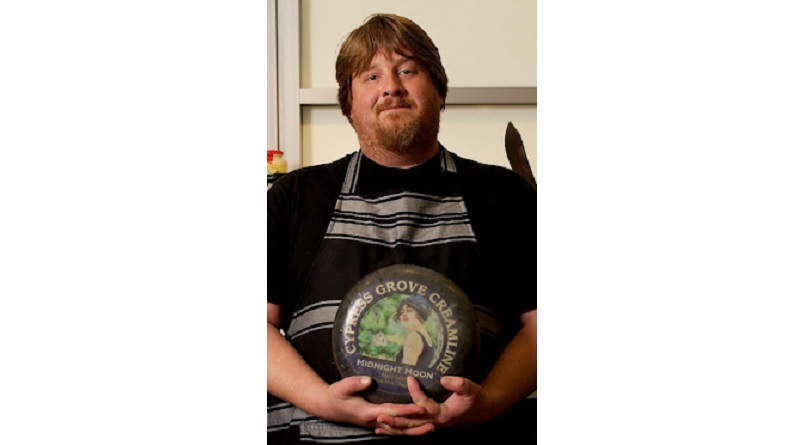 Reserve Wine & Food’s Executive Chef, Matthew Millar, has been named one of 20 semifinalists for the 2012 James Beard Foundation “Best Chef: Great Lakes Region” Award. He is one of only three Michigan chefs to make the list this year; the two other chefs are from the Metro Detroit area. This year’s list of 424 semifinalists was assembled from more than 57,000 online entries – more than double the 28,000 submissions received last year.

“Some communities that rarely are heard from made this year’s list, including Grand Rapids, Mich.,” Bret Thorn, editor of Nation’s Restaurant News, wrote on TheDailyMeal.com. “Chef Matthew Millar of Reserve restaurant in Grand Rapids is a semifinalist for best chef in the Great Lakes region.”

Chef Millar has been with Reserve since its opening in September 2010. A 20-year veteran of the restaurant industry, he’s honed his skills at several West Michigan restaurants. He became enthralled with regional farmers and artisans during his years as owner and chef of the former Journeyman Café in Fennville. Cooking with locally-raised and seasonally-sourced foods remains part of Chef Millar’s philosophy.

“Every day we fill our kitchen with food that is raised and grown by our friends and neighbors. I choose to cook this way because I want to share the story of what it means to eat from this region,” says Chef Millar. “To be nominated as a Semi-Finalist for the JBF, it’s just a humbling experience. I’m on the same list as a number of chefs I’ve grown to admire – that’s just great.”

Five finalists in each category will be unveiled on March 19 at The Venetian and the Palazzo Las Vegas. The award winners for chef, restaurant and design will presented during a gala awards ceremony at Lincoln Center’s Avery Fisher Hall in New York City on May 7.

“Here at Reserve, we set out to share the things that we love so much: great food and wine,” says General Manager, Peter Marantette. “I couldn’t be happier for Matt; he’s truly deserving of such recognition. To see Chef’s name amongst some of the top chefs in the nation is encouraging – it’s affirmation that we are cooking the right way.”

The Beard Awards were established in 1990 and are the most prestigious honors given to professionals in the food and beverages industry in North America. Often called the “Oscars of Food,” the award and foundation take their name from pioneer foodie James Beard, a cookbook author and teacher, dubbed the “of American cookery” in 1954 by the New York Times, who established the James Beard Cooking School the following year in New York. He died in 1985 at age 81.

Held the first weekend in May, the Beard Awards honor the finest chefs, restaurants, wine professionals, journalists, cookbook authors, restaurant designers, and other food professionals in the United States. The awards are voted on by more than 600 culinary professionals. Recipients receive a bronze medallion etched with the image of the late James Beard and a certificate from the Foundation. The Foundation also administers the “Who’s Who of Food and Beverage in America” awards. The Foundation maintains the historic James Beard House in New York City’s Greenwich Village to showcase visiting chefs. For more about the James Beard Foundation: www.jamesbeard.org.

Located in the heart of downtown Grand Rapids at 201 Monroe Avenue NW, Reserve Wine & Food offers a world-class menu fully embracing the West Michigan farm-to-table philosophy, paired with over 100 wines available by the glass and 200 wines by the bottle, in an elegant yet casual fine dining setting. In 2011, Reserve was named a winner of OpenTable’s Diner’s Choice Awards for Top Wine Lists in the United States – one of only two restaurants in Michigan to make the list.