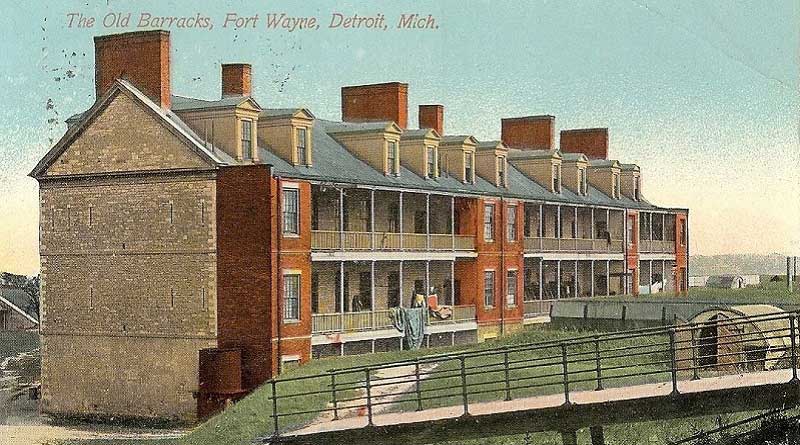 Detroit was founded in 1701, its first fort being built that year by the French and destroyed a century later by the 1805 fire which ravished the city. The British-built Fort Lernoult (renamed Fort Detroit and later Fort Shelby) was constructed in 1778 and demolished in 1827. 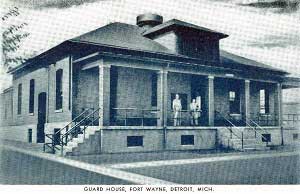 The third such compound built here was Fort Wayne, named after Revolutionary War hero General “Mad” Anthony Wayne, who had taken possession of Detroit from the British in 1786.

Construction began on a 96-acre site along the banks of the Detroit River, just a stone’s throw from the then British-controlled Canada, in 1842 and was completed in 1851 at a cost of $150,000.

Fort Wayne’s unique star fortification configuration, based on 17th Century French concepts, was designed to house more than 70 cannons and allowed for the utmost of protection against the enemy. Yet, before any artillery had been installed, the United States and Britain peacefully resolved their differences and no unfriendly shots were ever fired from the site. 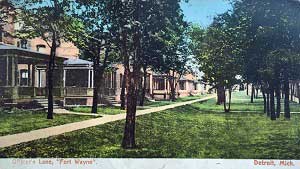 More soldiers passed through Fort Wayne on their way to serve our country than any other outpost in American history—heading off to fight in the Civil War, Spanish-American War, World War I and II, the Korean War and the Vietnam War.

Two weeks into the American Civil War, the Michigan 1st Volunteer Infantry Regiment was ushered into service at Fort Wayne. Over the next four years, the fort served not only as a mustering center for local troops but was also a recovery center for veterans injured in battle.

There is also evidence that slaves looking to escape to Canada found their way here as a final stop on the Underground Railroad, ferried out of the country to freedom by an Irish farmer who lived next to the fort.

Fort Wayne became the largest designated Motor Supply Depot in the world, instrumental in acquiring, warehousing and shipping vehicles and spare parts during WWI. It served as a home to Italian prisoners of war captured during the North African Campaign and also served as a temporary detention center for accused communists awaiting trial during the Red Scare. During the Great Depression, the fort housed the Civilian Conservation Corps and was opened to homeless families in the area.

Plans were made to close the complex at the end of WWII, yet in 1948 the City of Detroit’s Historical Commission acquired the star fort and original barracks to establish an active military museum. Thousands of enlistees and draftees were sworn in on site during the Korean and Vietnam wars and in 1967 the buildings provided housing to families displaced by the 12th Street Riot. 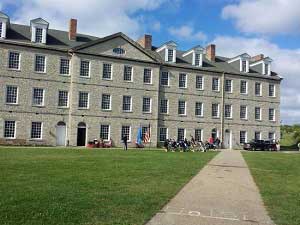 The Commission operated the museum through 2006, during which time it was designated a Michigan Historic Site (1958) and listed on the National Register of Historic Places (1971).

The complex is now part of the City of Detroit Recreation Department and is home to the Tuskegee Airmen Museum and a large Native American burial mound believed to be more than 900 years old.

What remains along the fort grounds today are nearly 30 buildings—officers’ quarters, guard house, stables, barracks, hospital, shops, recreational building, commissary and jail. Not all have stood the test of time; many are in ruins, collapsing under the weight of 175 years.

The non-profit Historic Fort Wayne Coalition was formed in 2004 to protect and preserve the history, integrity and infrastructure surrounding the fort. 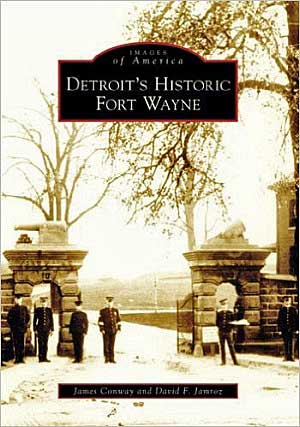 This dedicated group of volunteers, led by Coalition founder, historian and educator Tom Berlucchi, maintains the grounds and accessible buildings, which are open Saturdays and Sundays from 10 am until 4 pm (May through October) at no charge (although there is a $5 charge per car for parking). Guided 90-minute walking tours are available for $5 per person.

The fort is home to two vintage baseball teams and throughout the season, a series of games is held, along with historic re-enactments, concerts, flea markets, scout and school events, youth soccer and more.

Reprinted from the Fall 2016 issue of Michigan BLUE Magazine.