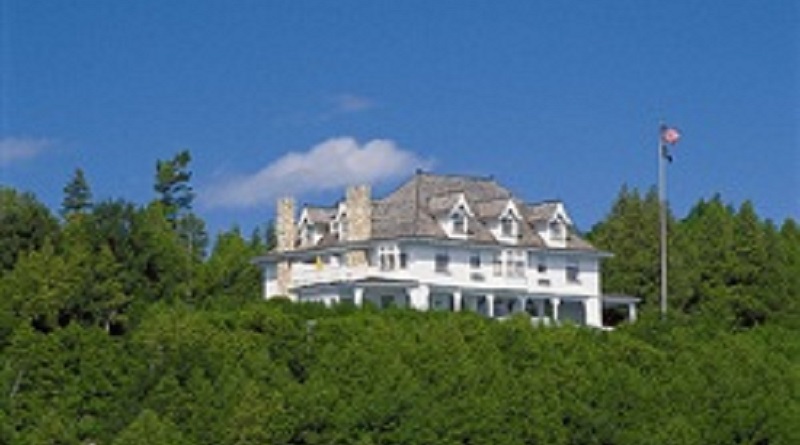 Perched high on a bluff overlooking the Straits of Mackinac, the Governor’s Summer Residence on Mackinac Island has been an icon of distinction since it was built at a private home in 1902.

Lawrence Andrew Young – a Chicago lawyer, stock broker and vice president of the Chicago City Railway – leased a parcel of property at the top of Fort Hill from the State of Michigan in 1901 for $150 a year and set out to build a grand home for his family.

Noted architect Frederik W. Perkins, of Chicago, was contracted to design the auspicious cottage. Patrick Doud – great-uncle of long-time Mackinac City major Margaret M. Doud – lead a team of 75 islanders to construct the home over three months during the winter, at a cost of $15,000. It is said that Young himself made regular trips to the island, traveling across the frozen water from St. Ignace, to monitor the project’s progress and inspect the work.

The interior of this turn-of-the-century home was constructed of Georgia yellow pine and the exterior of Michgian white pine. The exterior shingles were originally stained dark green, with deep red trim and cedar shingles for the roof. Inside, 11 bedrooms and nine and one half bathrooms spread out over three stories. There is a full basement, third-floor servant’s quarters and adequate outdoor spaces including an expansive front porch overlooking Mackinac Bluffs.

A variety of design elements can be detected throughout the home. The primary design was a classic example of turn-of-the-century shingle-style resort cottage architecture, yet there are hints of Arts & Crafts-style in the light figures in the dining room and living room. French doors in the living room, Federal-stylings in the dining room fireplace and Carpenter Gothic-style in the exterior dormers complete this one-of-a-kind home.

The Young family maintained the home until 1924, when the Clara Schmidt and Hugo Scherer family of Detroit purchased it (and it then became known as “The Knolls”). The Scherer estate sold the property to the Mackinac Island State Park Commission (MISPC) in 1944, for its original construction cost of $15,000. 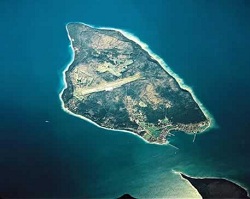 Once under state ownership, the home was designated the official summer residence of the Governor – the only such state-owned residence at the time. At that time, prisoners from downstate were brought to the island to renovate the home and prepare it for the 37th Annual Governor’s Conference, which was held in July 1945, under the direction of First Lady Anne Kelly. It was at this time that the exterior received its white paint-job.

Since that time, the cottage has maintained a long-standing tradition of serving Michigan’s Governors and their families in an official capacity – playing host to a multitude of events with national and state leaders. John F. Kennedy, Bill Clinton, George H.W. Bush, Gerald Ford and Harry Truman are among the dignitaries who visited the cottage before their respective terms as president. Nelson Rockefeller, Hillary Clinton and Newt Gingrich were also guests at one time.

In 1996, the Governor’s Summer Residence was once again renovated and restored, with the help of generous donors. It was then named to the National Register of Historical Places in 1997 (its designation on the Michigan Register of Historic Places dates back to October 1975).

MISCP owns the cottage and continually provides the day-to-day care and maintenance of the residence and its picturesque grounds. In 2003, Governor Granholm established the Governor’s Residence Foundation, a 501(c) (3) organization, which provides financial assistance to support the MISPC’s work to restore, repair and refurbish the home.

Many of the home’s original fixtures and furnishings have been retained and add to its historical integrity, including the tall case clock in the living room, the Young family crystal in the lead-glass sideboard, many books in the living room, a tea cart in the dining room, assorted wicker pieces throughout the house and other miscellaneous pieces. Furnishing and repair of these large projects are mostly funded through private donations.

Like the majority of homes built on Mackinac Island in the early 1900s, the Young home was used solely for the short, yet busy summer season – and that is still the case today. Nine gubernatorial families have shaped the history of the cottage (see list below). The Governor’s family makes occasional vacation trips to the island each summer (May through October) in addition to the business functions directed by the Governor’s office.

It was during James Blanchard’s administration that the home was first opened to the public for weekly tours during the summer season. Today, free 15-minute guided tours of the Governor’s Summer Cottage – which sits on the corner of Fort Street and Huron Road – are offered every Wednesday, June 6 through August 29, between 9:30 and 11:30 am. Straits area residents serve as docents for the 4000 or so individuals who take the tour each summer.

A complete history of the Michigan Governor’s Summer Residence is available through the Mackinac State Historic Parks (Mackinac History: a continuing series of illustrated vignettes / Volume III / Leaflet No. 6 / 2003) for about $5 (including postage). It can be purchased online at www.mackinacparks.com.