Over the past few years, a growing number of Michigan breweries have begun to distribute their products in cans instead of or in addition to bottles and draft. Nearly three dozen Michigan breweries now offer canned beer, with more than 150 different products in the marketplace. This is great news for Michigan golf course owners looking to support the local craft beer industry.

Treetops Resort in Gaylord offers about 100 Michigan beers across its property, focusing on lower alcohol beers on the course—such as sessions and shandies, according to Gabe Bober, Food & Beverage Director. Two custom-made beers are among those featured including Treetops Shandy made by Short’s Brewing and 24/7—a session IPA from Rochester Mills Beer Co.

“We think we were the first and possibly the only facility selling craft beer in high-tech stainless growlers and howlers to take on the golf course,” said Jerry Kamis, owner of Alpine Golf Club in Grand Rapids. “This has been extremely popular with our golfers. We have four different craft beers on tap, as well as 13 selections of craft cans for consumption in the clubhouse, outdoor pavilion or in six pack coolers for the golf course as well. We try and keep adding the seasonal varieties as we progress through the year, from the summer light and fruity to the fall Octoberfest options when the season is coming to a close.”

Several Michigan resorts have taken their love of Michigan beer even further, hosting events which attract thousands of attendees. These include the Michigan Beer & Brat Festival (held annually, the Saturday of Memorial Day weekend) at Crystal Mountain Resort in Thompsonville and Hops & Highlands (Saturday, September 30) at Boyne Highlands in Harbor Springs.

Adding Michigan craft beer to a course’s beer list is easy. Almost every Michigan wholesaler represents at least one Michigan brewery and can provide a list of those products that are available in cans (as well as bottles and draft for indoor consumption).

Some things to keep in mind:

Consider the ABV (alcohol by volume). Session beers typically have an ABV of 5% or less, while high ABV beers come in at over 8% (which, while incredibly tasty, may not make the best option for a full day on the course).

Go for style variety. Make sure to not overload your beer list with too many of one thing. Instead of adding six IPAs, try selecting an amber, brown, lager, pilsner and/or fruit beer.

Share the love. Nearly half of Michigan’s 300 or so craft breweries are classified as “microbreweries” and distribute their product in cans, bottles and on draft. If you have room for 10, 15 or 25 beers, try including as many unique breweries as possible.

Go beyond the can. While cans are appropriate for on the course, you can add to your selection for inside spaces with bottles and draft beers.

Distributors or brewery representatives themselves can also assist golf course culinary teams with menu pairings or special events, such as beer dinners. This can be particularly of interest for outings, league banquets and even non-golf related events.

For more information about Pure Michigan’s thriving craft beer industry, check out the website for the Michigan Brewers Guild—the official state trade organization, celebrating its 20th anniversary in 2017—at MiBeer.com.

(Reprinted from the Summer 2017 issue of Tee-Off Times Magazine) 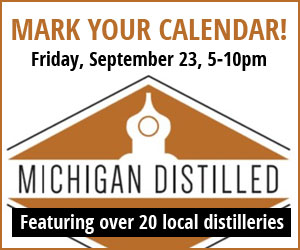