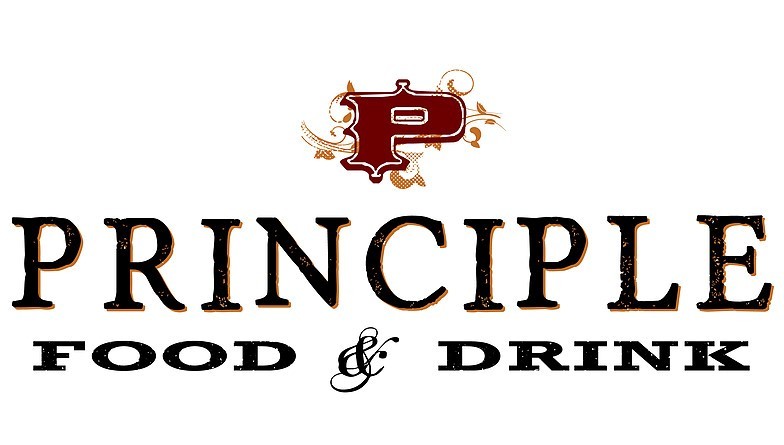 Spirits were high at the 2nd Annual Full Contact Cocktails Competition, held recently at New Holland Brewing Company’s pub and restaurant in downtown Holland. Mixologists from around the state gathered to vie for the Grand Prize of travel and lodging to “Tales of the Cocktail”—a nationally-acclaimed competition in New Orleans, LA.

At the end of the evening, the winner of the trip, prize belt and bragging rights went to Tyler Kershek, Beverage Manager for Principle Food & Drink in downtown Kalamazoo.

“We’re really excited to keep this title ‘in the family’ so to speak,” says Matthew Pietsch, Chef and co-owner of both Principle Food & Drink and Salt of the Earth in Fennville.

Last year’s competition was won by Salt of the Earth’s beverage manager Victor Cruz. That’s a two-year win for the businesses backed by Pietsch and General Manager Casey Longton, along with business partners Robert Nicol and Mark Schrock, all co-owners of both establishments.

“It was an honor to participate alongside the high caliber of bartenders from across our state.” says Kershek. “It’s important to give prevalence to the craft cocktail movement, and well represent the Kalamazoo market, which stood strong against some very high profile markets.”

A founding staff member of the Principle Food & Drink team, Kershek relocated from Green Bay, WI to assist in development of the beverage and cocktail program at the new Kalamazoo restaurant. Tyler melded well with the restaurant’s concept of handmade craft cocktails, all designed to share a drinks history and tell a story.

“The energy in the room was incredible. It’s amazing to see Michigan’s cocktail culture elevate in front of our very eyes,” stated Fred Bueltmann, New Holland Artisan Spirits VP of Brand and Lifestyle.  “It was no small feat for Tyler to make it into the final round and take the belt home against very stiff competition from all over the state.  His drinks were inventive, thoughtfully prepared and deserving of the crown.”