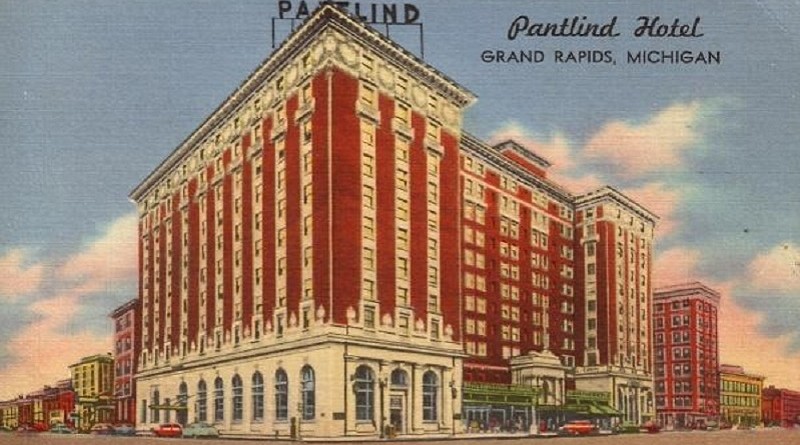 On May 7, 1917, some 75 delegates representing every county in western Michigan came together at the Pantlind Hotel (now the Amway Grand Plaza Hotel) in downtown Grand Rapids. The result of that initial meeting was the formation of the Michigan Tourist and Resort Association (MTRA), later called the West Michigan Tourist Association (WMTA)—an organization for which I worked for seven years before launching Promote Michigan in August, 2004.

By 1921, the organization began publishing travel guides, brochures and other publications to attract visitors to the “Playground of the Nation” as the area was referred. While the association’s name, taglines, slogans and logos have changed over the years, it is still dedicated to promoting the best of West Michigan when it comes to travel, tourism and hospitality.

Next year will be the 100th anniversary of WMTA—noted as the oldest, continually-operating regional tourist association in the country! Still based in Grand Rapids, this organization spans 41 counties from the Indiana state line north to the Straits of Mackinac, from the Lake Michigan shoreline east toward the center of the state. Its members include lodging properties, restaurants, campgrounds, attractions, casinos, golf courses, agricultural destinations, visitor bureaus, service providers and so much more!

The year 2017 is also the 30th anniversary of the Lake Michigan Circle Tour & Lighthouse Guide, which was first published in 1987 after Jack Morgan from the Michigan Department of Transportation completed the route. When I worked at WMTA, this project was my baby! This is where I discovered my love for Lake Michigan and the lighthouses (and former keepers) that dot the shoreline. Even today, I address groups around the state on a regular basis about the lighthouses through the Promote Michigan Speakers Bureau. Did you know that Michigan has more lighthouses than any other state, at nearly 120?

Now, in anticipation of its upcoming celebrations in 2017, WMTA is looking for copies of old printed magazines, brochures, maps, membership signs, photographs, newspaper clippings and other materials that document its history. These items can be donated or loaned to the organization for its year-long celebration. If you are aware of such pieces of history, and would be willing to donate or loan them, please let me know.

If you’re interested in more about WMTA’s history, you can find write ups here and here.