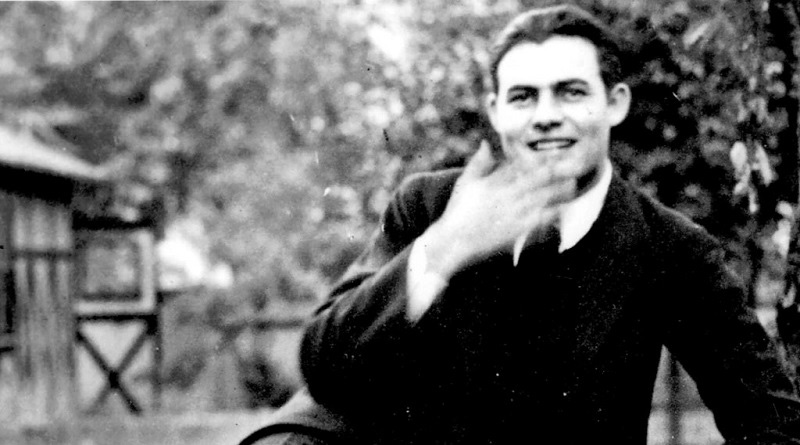 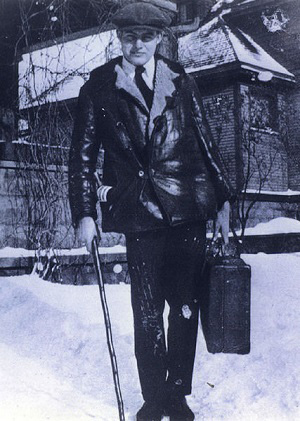 Each fall, fans of Ernest Hemingway gather in Northern Michigan to celebrate the literary contributions of this Pulitzer and Nobel Prize-winning author. It was in this greater Petoskey area that the Hemingway family spent their summers and where today armchair historians, fly fishers, college professors, students and others with a general interest in Hemingway gather to delve further into his stories, legends and family tree.

The Michigan Hemingway Society is currently accepting reservations for its annual conference, October 14-16, at Stafford’s Perry Hotel in historic downtown Petoskey (a property built in 1899—the same year Hemingway was born and a place where he stayed in 1916—paying just 75 cents for his room).

This year’s Michigan Hemingway Conference theme is 1919—the last year that a 20-year-old Hemingway spent in the Walloon Lake area, 10 miles southwest of Petoskey. Newly home from the war, he spent the summer at the family cottage on Walloon Lake and enjoyed great popularity around town. He decided to stay on through the winter—speaking to groups of his war experiences, attending dances and parties, enjoying the company of the Petoskey girls and beginning his career as a serious fiction writer (while renting an upstairs bedroom in Mrs. Eva Potter’s Rooming House. 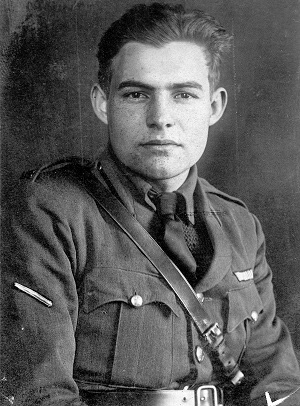 The Michigan Hemingway Conference opens Friday afternoon with registration and a welcome reception at The Perry from 4:30-6:30 pm full of heavy hors d’oeuvres and a cash bar.

The evening’s activities begin with conversations among attendees about the world in the year of 1919—specifically in Chicago and Petoskey, led by Pontiac, Michigan author John Cohassey, one of the society’s newly-elected board members. Cohassey has studied Hemingway since childhood and in 2014, he presented at this conference on his newly published book, Hemingway and Pound: A Most Unlikely Friendship.

Cecil Ponder, membership chair of the Michigan Hemingway Society, will moderate the group’s conversation focused on three specific Hemingway stories: “Indian Camp,” “The Doctor and the Doctor’s Wife” and “10 Indians” (“Now I Lay Me” and “Fathers & Sons” will be added to the discussion, time permitting). 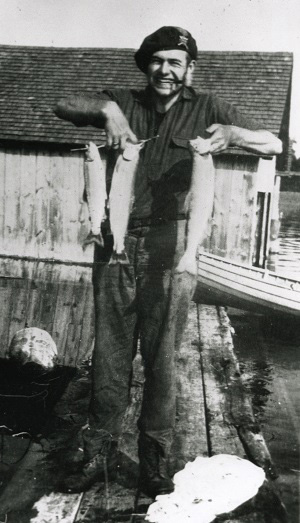 Saturday starts with breakfast at Jesperson’s, a noted Hemingway site within walking distance of The Perry. This spot (one of 15 on the self-guided “Michigan Hemingway Tour” through the region) was noted in Hemingway’s short story The Torrents of Spring.

Following breakfast, walking tours will be lead throughout downtown, with discussions focused on the culture of the time and life in northern Michigan in the midst of Prohibition.

During the afternoon, a re-enactment of Hemingway’s famous “War Talk” will take place at the Carnegie Library, another site on the self-guided tour. Built in 1908 and dedicated in 1909, this library was a favorite haunt of Hemingway’s and in December, 1919, wearing his Italian cape and uniform, he spoke to the Ladies Aid Society about his World War I experiences. The program will run at 1 pm and 3 pm, and open to the general public at no charge (donations are accepted).

A screening of “Young Hemingway: Finding His Muse in Northern Michigan” by regional filmmaker George Colburn will be held during the afternoon as well.

Saturday’s dinner back at The Perry will feature keynote speaker Dr. Donald Daiker. Recognized internationally for his writings on Hemingway, Daiker is also on the editorial board of The Hemingway Review, a scholarly journal published twice a year by the Hemingway Society and the University of Idaho. 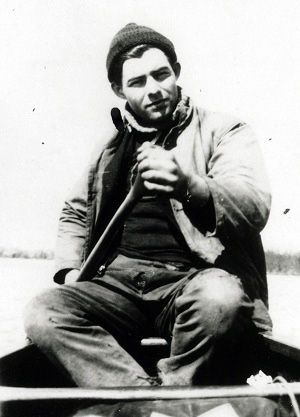 To close the conference on Sunday morning, post breakfast, things will get a bit more personal. The Michigan Hemingway Society is in possession of more than 300 letters written by Marge (Bump) Main—one of Hemingway’s teenage girlfriends portrayed in The Nick Adams Stories. These letters are an invaluable source of information about their relationship during their years “Up North.” Among the pages of these letters, Marge recalls her first encounter with Hemingway during the summer of 1915, when she was just shy of her 14th birthday. She later reveals her account, and a never-before-known piece of information, regarding the actual “End of Something” in 1919.

On Sunday afternoon, conference activities conclude with a vintage baseball game downtown, featuring the Petoskey Mossback Base Ball Club—highlighting the “Black Sox Scandal” of 1919. The conspiracy to fix the 1919 World Series, played between the Chicago White Sox and the Cincinnati Reds, is noted as the biggest scandal in Major League Baseball history. A number of players on the Sox franchise conspired with gamblers to throw the game, a situation which infuriated Hemingway and became the subject of his short story, “Three Day Blow,” published in 1925. The Mossback game will be open to public, free (donations accepted). 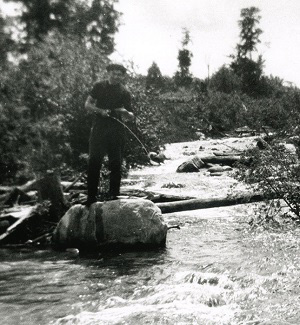 The cost to attend the Michigan Hemingway Conference is $180 per person for members of the Michigan Hemingway Society and $220 for others. The registration fee includes the Friday evening reception and program; Saturday breakfast, programs, tours, dinner and keynote speaker; and Sunday breakfast, society business meeting, afternoon program and baseball game. Not included are alcoholic beverages at the cash bar, Saturday and Sunday lunch, and hotel accommodations. To register for the conference, click here.

Membership in the Michigan Hemingway Society is $20 per calendar year for an individual, $30 for a family (two adults at the same address) or $10 for students. Benefits include a reduced fee for the annual MHS weekend conference, a printed copy of the MHS newsletter and periodic email updates of MHS news. If you are not a member of the Michigan Hemingway Society for 2016 you may join online now.

The city of Petoskey is also hosting a public “Hemingway Harvest Days” throughout the weekend, and conference goers are encouraged to take part in activities as time allows including an artisan and farmers market, movies in the park, an art exhibit, a 5k Run with the Bulls and other family-friendly events. 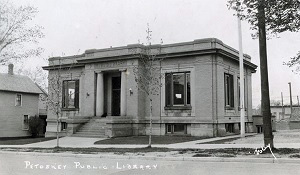 Additionally, the Petoskey District Library will feature a Hemingway exhibit in the week leading up to and following the conference. Those interested in local history will want to visit the Michigan Room on the second level. The library is open 10am until 7pm, Monday through Thursday and Noon to 5pm, Friday through Sunday.

If you choose accommodations at the historic Stafford’s Perry Hotel, where Hemingway once stayed, rates are shown below (while available). If you stay over on Sunday night (recommended) that night’s rate is $99. Make your reservations by calling (800) 737-1899 and mention the “Hem2016” rate.

Other hotels available include:

Additional lodging may be found at the Petoskey Area Visitor’s Bureau.