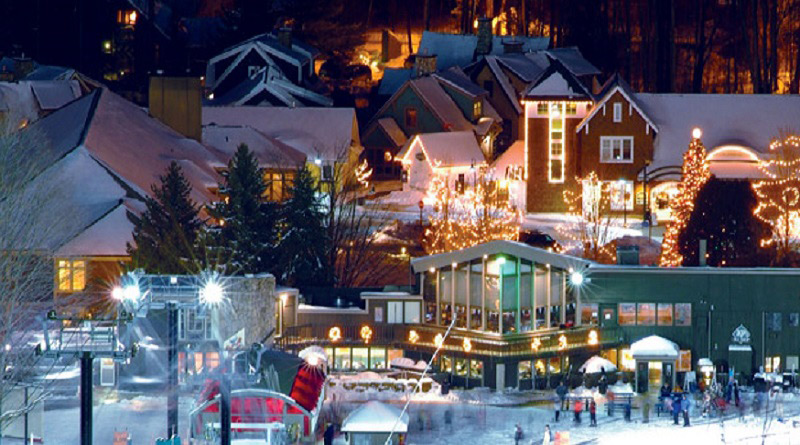 The National Oceanic and Atmospheric Administration (NOAA) is predicting average to below-average temperatures and above-average precipitation this winter, the perfect anniversary gift for Crystal Mountain as it celebrates its 60th winter season. 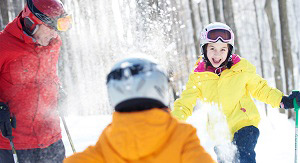 Crystal Mountain’s snowmaking crews are now on-call 24 hours-a-day, seven days-a-week waiting for sustained temperatures at or below 28-degrees to begin making snow. Under ideal conditions, Crystal’s snowmaking system can cover the entire mountain with a foot of snow in 45 hours, boasting 1.4 snowmaking machines for every skiable acre. A Thanksgiving Day opening is traditionally a 50/50 prospect and while there won’t likely be enough snow to open the slopes on November 24, long term forecast models look promising for snowmaking and natural snowfall throughout the month of December.

A Benzonia High School class project 60 years ago determined Crystal Mountain had the best terrain and snowfall in Benzie County for downhill skiing. The celebration of those student’s brilliance is among “What’s new this winter at Crystal Mountain.”

In 1956, a group of community members from Benzie County built a warming hut, fashioned a rope tow from a pick-up truck engine and opened Buck Hills Ski Area. Now in its 60th year, Crystal Mountain is a year-round resort recognized nationally by publications like Parents magazine and Conde Nast Traveler. This winter begins a year-long anniversary celebration that  will include 6-for-$60 lift tickets on December 16 and March 10 among other special offerings and activities throughout the year. 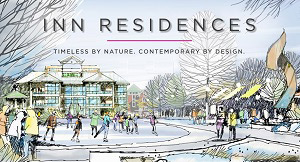 With three stories and a rooftop terrace of steel erected and the structure enclosed, crews will continue to work this winter toward the opening of an $11 million expansion to the Inn at the Mountain for Summer 2017. The project represents the latest in $100 million of development at Crystal Mountain over the last two decades. The 31,000 square-foot building that features geothermal heating and cooling will include 25 new hotel rooms and suites, a lobby bar, specialty market and an open-air rooftop terrace. A park, named in memory of renowned Michigan artist and founder of Michigan Legacy Art Park, David Barr, will accent the addition with gardens, waterscapes and during winter, a new ice skating rink. 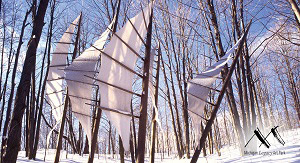 Spring Bash all this March at the Mountain

Sun, snow and celebration is coming to Crystal Mountain every weekend in the month of March. Whatever the weather, live entertainment under the on-slope pavilion tent, food, drink and fun competitions highlight each themed weekend. Mardi Gras on the Mountain (March 3-4) brings the Big Easy to Benzie along with the “It’s All Downhiller” Alpine Race. Spring Carnival (March 10-11) welcomes the Cardboard Classic and Slush Cup along with a live band and brews under the Big Top. Celts and Kayaks (March 17-18) revels in the St. Patrick’s Day holiday with the downhill kayak races. Retro Weekend (March 24-25) marks the grand finale with the Get Up! On-mountain Foot Race and Get Down! Fat Bike (downhill) Challenge before rockin’ out to live a retro band at the base of the slopes.

Crystal Mountain has one of the premier snowsports schools in the Midwest, led by Chris Fisher who was among only five from the Midwest invited to trials for the Professional Ski Instructors of America’s Demonstration Team last season. This winter Crystal Mountain will offer a $99 Weekend Beginner Lesson package that includes one group lesson at 11am on Saturday, lift ticket valid 1pm Saturday through 4:30pm on Sunday and a follow-up lesson at 11am Sunday morning. A one-day option, either Saturday or Sunday, is also available for $49.

Crystal Mountain will join ski areas across the United States and, new this year, Canada on January 6, 2017 to set the record for largest multi-venue ski lesson. Cost for the lesson is $10 per student and will begin in Crystal’s Camp Totem at 10am (January 6).

Tis the Season at Crystal Spa 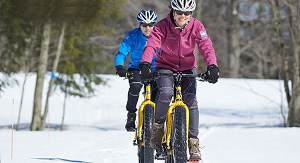 Those who have not yet hopped on a fat tire bike to experience one of the fastest growing winter sports will have the chance for just such an introduction this year. One-hour Beginner Fat Tire Bike Tours along the resort’s groomed trails will be offered on Saturdays and select holidays this winter for $19 which includes instruction and bike rental.