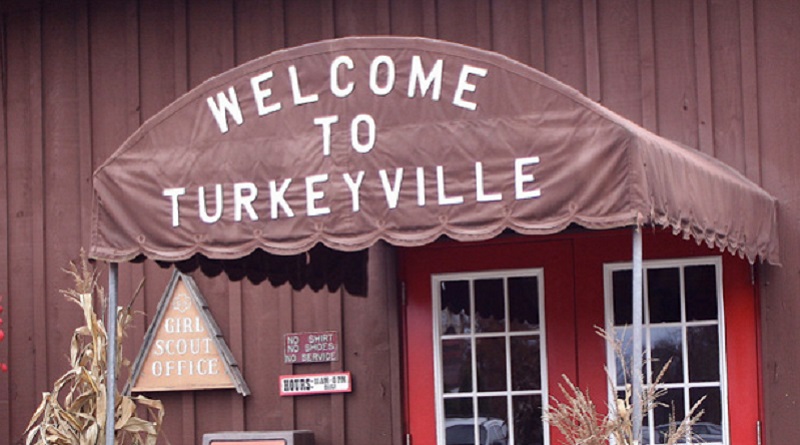 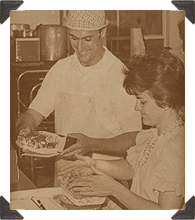 The Turkeyville story began in 1943 in Marshall, Michigan. Grandpa (Wayne) Cornwell was from the city and when he married Grandma (Marjorie), he decided to try his hand at farming. They decided to raise cows, but 1943 was a difficult year – things weren’t going very well and the cows got sick and many died. A neighbor then gave Wayne12 turkeys to try and raise, and he was successful with all of them. In the early 60s, the Cornwell’s joined together with a group from the church and went to the county fair to sell their fresh-made, local turkey sandwiches.

By 1968, the word was out about how good Grandma’s cooking was, so they decided to open a one room eatery – now know as Cornwell’s Turkeyville. Grandpa Cornwell served up the sandwiches and Grandma was in the kitchen preparing all the food. 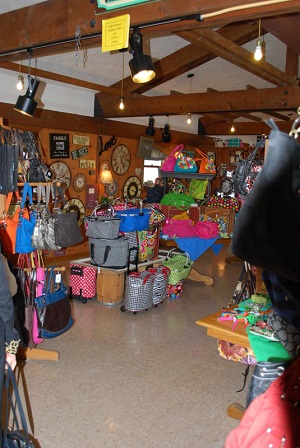 As the family grew so did the business. The next addition to the complex was the Ice Cream Parlor – a place to satisfy your sweet tooth with a variety of homemade flavors made on site, using only the highest quality and freshest ingredients. The Butter Pecan is made with real buttered pecans and the signature Turkey Trax is a peanut butter ice cream, filled with crushed peanuts, chocolate syrup, chocolate chips and peanut butter cups. While you are enjoying your ice cream in one of Cornwell’s homemade waffle cones, be sure to browse the wide selection of caramel corn and fudge, also made in the ice cream parlor.

The dining rooms were not big enough to hold all the quests on a rainy day, so the next step was to add a second dining room. This was this was enough until the early 80s when business was booming and the family was growing by leaps and bounds. There were nine family members in the business at the time: Wayne and Marjorie (Grandma and Grandpa), Joie and Alan, and children Blain Brent, Bryan, Vicki and daughter in-law Patti.

In 1984, the Country Junction shops opened with all kinds of great gifts, souvenirs, household items and much more. The bakery was also opened with fresh baked goods every day. The appetizing aroma from the bakery will make you want to buy one, if not everything – including fresh cinnamon rolls, cinnamon raisin bread, garlic and cheese bread – just name a few. 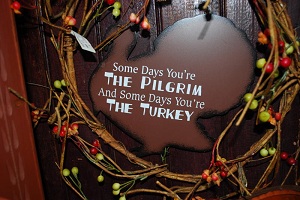 The Cornwell family has always believed that they needed to have more than just great food. Twenty some years ago they started Craft Shows and Flea Markets, as well as Antique Shows. This was their way of exceeding that more than just great food motto. The Craft Show is a juried event and has grown to be well known for its size and quality. The list of events at Cornwell’s is always changing, including a variety of garden shows, community yard sales and more. 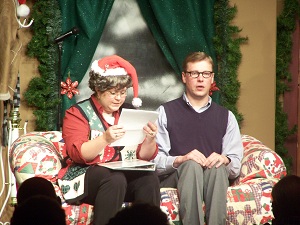 Cornwell’s Dinner Theatre opened in the fall of 1987. The idea was to get people to stay longer, so that Turkeyville would be a destination for more than just a meal. That was almost 16 years ago and now the dinner theatre is host to over 40,000 guests throughout the 47 week season. Upcoming shows include “An Olde Fashioned Christmas” which opens November 1 and runs through December 22.

Today, Cornwell’s is known as one of Pure Michigan’s great family-owned culinary and cultural attractions. For more about Cornwell’s Turkeyville USA: www.turkeyville.com | www.facebook.com/CornwellsTurkeyville.