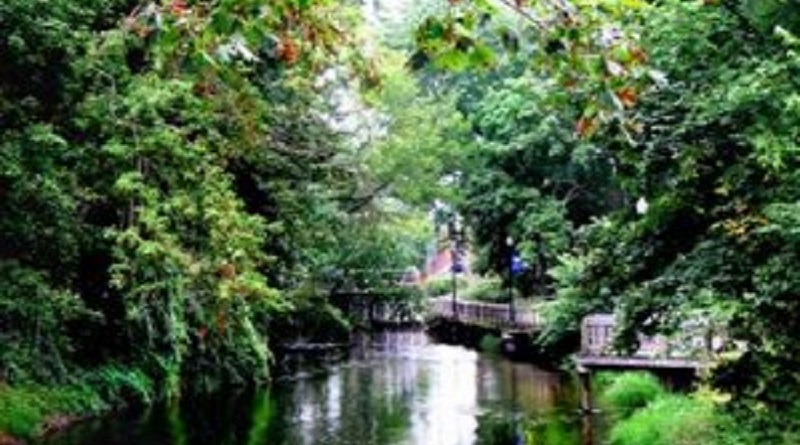 It’s known as the “Island City” – this eastern Allegan County town where I have lived all but two years of my life – named such because you must cross one of five Kalamazoo River bridges to get into the downtown, thus creating an “island” for the central business district.

My family roots run deep here. My kids are the fourth generation through the school district (on my father’s side). I live now just two blocks from where I grew up (from ages six to 21)…a house where my dad and grandpa still live (and where my grandmother was raised). I shop at a locally-owned grocery store, right next to my house – where classmates lived years ago.

Founded in 1869, I was born the year of Plainwell’s Centennial. As many small towns do, things have changed here significantly over the years. Developments along the M89 strip took away many of the mom-and-pop downtown businesses. Yet, others have come in over the years to fill the storefronts that once stood vacant. 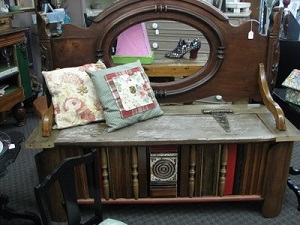 One Man’s Trash is pinterest come to life – with unique home furnishings and décor crafted out of recycled materials and scraps of whatnot. Lotus Spa offers a variety of treatments good for the mind, body and soul. Calico Rabbit is a showplace for local artists and crafters. The newly opened Island City Sweet Spot serves up frothy coffee drinks and mouth-watering pastries.

Lengthy construction projects along M89 the past two summers have tied up traffic, but now have since left the city with a streetscape that is more welcoming and fresh. The removal of parts of the historic Plainwell Paper mill property was bittersweet, but now the eastbound entrance into the downtown area is bright and open…and the future development here is exciting. 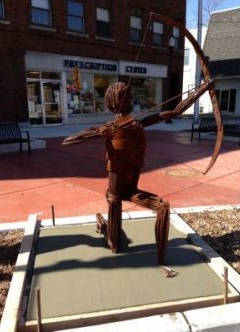 Several new public art displays can be found around town as well. “Renaissance Race” by Holland artist TJ Aitken was unveiled last summer along the Kalamazoo River and features parts salvaged from the mill property, as a monument to the 130-year-old company. “Iron Archer” by Alex Brydges of Beulah was installed in the city’s downtown plaza near the main intersection this past May. Kalamazoo artist Conrad Kaufman is currently painting a large mural on the side of the former Citizens State Savings Bank building downtown, on M89.

City leaders are also making great strides to give experiences back to the residents. The Riverwalk skirts alongside the Kalamazoo River, as it winds through downtown connecting several downtown parks – Hicks, Fannie Pell, Sherwood and Bandshell – where concerts in the park have been a Wednesday evening summer tradition for years. Starting this summer, “Movies Under the Stars” aims to bring families downtown for four shows (the first being Back to the Future on Friday, July 19). 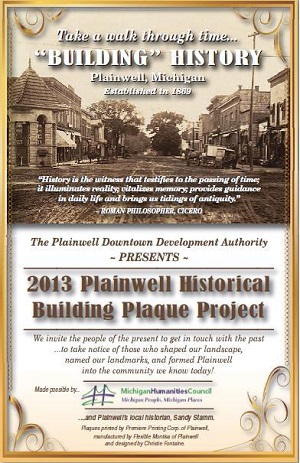 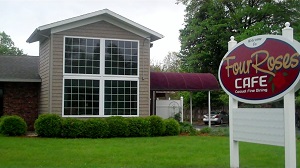 Just north of town, foodies will enjoy the Four Roses Café – serving up locally-sourced foods and an impressive selection of Michigan craft beer. It’s considered one of the county’s top eateries with what I believe to be the most decadent dessert menu I’ve ever seen. Throughout the year, monthly beer and wine dinners are also hosted, showcasing Michigan’s thriving beverage scene. It’s become my home-away-from-home (at least a couple nights a week).

Of course, there are some of great Plainwell places that are long gone, but not forgotten – like Johnny’s Market, US-131 Drive-In, the Sun Theater and Schwartz’s (aka Satellite Burger and Charlie’s Chuckwagon, depending on what generation you’re from).

Luckily, we still boast two of West Michigan’s most noted ice cream shops and without question there is an alliance by most residents to one or the other. So, Plainwell Ice Cream or Dean’s Ice Cream – which is YOUR favorite?