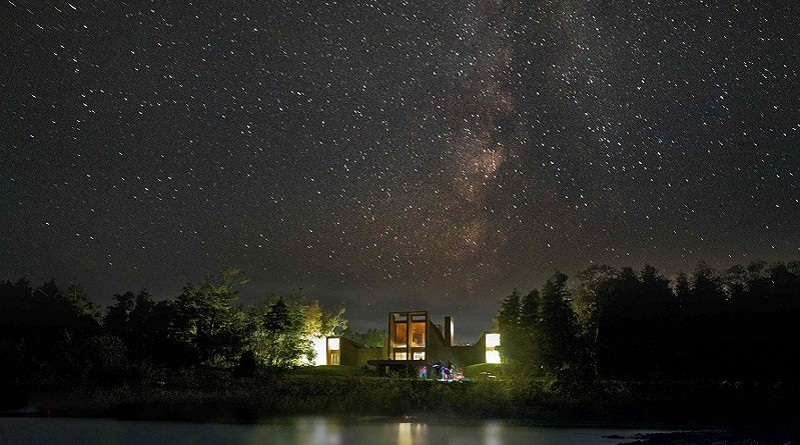 Originally started in the United Kingdom, Astronomy Week has stretched across the globe to the United States—leading up to Astronomy Day (Saturday, May 14). Doug Berger, the president of the Astronomical Association of Northern California, first held Astronomy Day in 1973. His intent was to set up various telescopes in busy urban locations so that passersby could enjoys views of the stars and skies above.

Pure Michigan is home to countless planetariums and astronomy clubs, each hosting events this coming week (and throughout the year). The Great Lakes State is also home to one of the world’s only officially-designated Dark Sky Parks—the Headlands Dark Sky Park in Emmet County, along the Lake Michigan shoreline, just 3.8 miles west of downtown Mackinaw City. 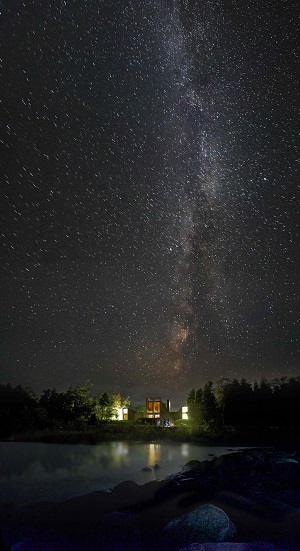 According to the International Dark-Sky Association, “an IDA International Dark-Sky Park (IDSP) is a land possessing an exceptional or distinguished quality of starry nights and a nocturnal environment that is specifically protected for its scientific, natural, educational, cultural heritage, and/or public enjoyment. The land may be publicly owned, or privately owned provided that the landowner(s) consent to the right of permanent, ongoing public access to specific areas included in the IDA designation.” Started in 2001, the award-winning Dark Sky Places Program encourages communities around the world to preserve and protect dark sites through responsible lighting polices and public education.

Michigan’s Headlands was established in the late 1950s and currently contains approximately 600 acres of pristine old-growth forested woodlands as well as more than two miles of undeveloped Lake Michigan shoreline. In 2011, the Headlands became the sixth International Dark Sky Parks in the United States (and ninth in the world). 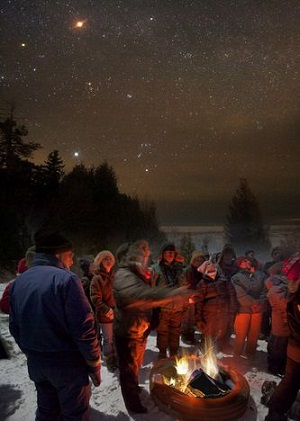 In addition to the natural sights found in the skies above the Headlands, visitors are also likely to see many species of rare and endangered plant life as well as wild animals including bald eagles, wild turkeys, white tail deer, osprey, coyotes and occasionally, even black bears. Open 24/7, year round, the Headlands offers five miles of marked nature trails that are popular for bicyclists, hikers, cross country skiers, bird watchers and nature photographers throughout the changing seasons—all for FREE!

Throughout the year, a series of special programs are offered at the Headlands. The 2016 schedule can be found here. This area is especially popular when the Northern Lights (Aurora Borealis) make a showing, or on nights when there is a full moon in the sky. And for those looking for a more customized experience, the Headlands offers a Guest House that accommodates a group of about 20.