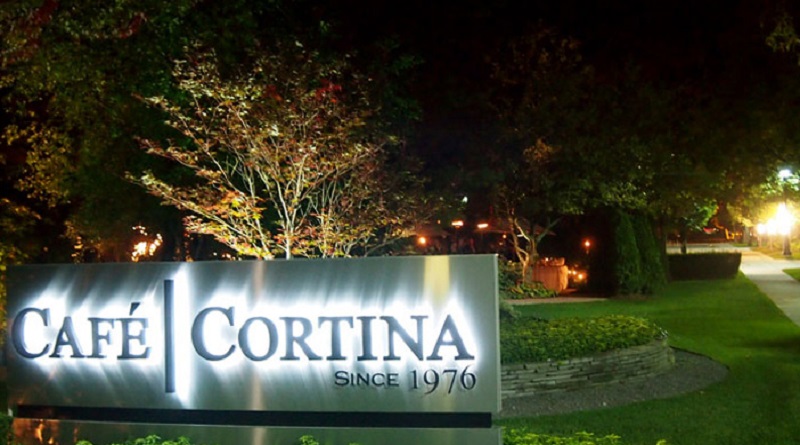 When Café Cortina first opened the doors of its Italian eatery in the suburbs of Metro Detroit in 1976, it was with a sense of family tradition and community responsibility inspired by old world philosophies. Now, more than 35 years later, and under the direction of its second generation, Café Cortina retains its presence as one the country’s leading culinary destinations.

Located in an Italian countryside vineyard setting in Farmington Hills, Michigan and under the auspices of the Tonon family, Café Cortina started out as a “best kept secret” restaurant that has turned into a world-class foodie destination. This authentic Northern Italian eatery operates with a passion for people, memorably delicious food, genuine Italian hospitality, and an inspired philosophy of making a positive difference in their local community and beyond. 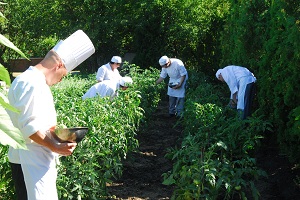 From the beginning, Café Cortina’s menu has reflected traditional hearty Northern Italian food from 150 years ago, presented in an exquisite and modern way. Although a popular restaurant trend today, this ‘true’ Italian gem is one of the first garden-to-table restaurants in the country. The café has always had their own onsite garden, producing about 70% of needed summer produce including herbs, tomatoes and peppers for roasting, creating a menu that is seasonally-influenced. Ingredients are mainly sourced in Italy, Michigan and California, with everything made in-house – including pasta and desserts.

In its nearly four decade long history as one of the more noteworthy metro Detroit “heart and soul” businesses making a difference, the locally- and nationally-acclaimed Café Cortina, has consistently strived to be more than just a restaurant. 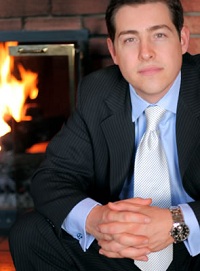 “Breaking bread is one of the most powerful tools in life,” says Adrian Tonon, Director of Operations, third generation restaurateur, and son of co-founders, Rina Tonon and the late Adriano Tonon, “Food brings people together and, for us, it is a catalyst to making a positive difference in other people’s lives. Chefs, restaurateurs, and foodies need to create awareness that ‘we can help’ and we can change the world with food. When you’re in the hospitality industry, you touch one person at a time, but we all need to challenge ourselves to touch those outside the restaurant.”

From previously hosting a show intended for the Fine Living Network called “Culture Café” to his current venture, The Adrian Tonon Project, (www.adriantononproject.com) Tonon utilizes “philanthrotainment” to drive home his message that everyone has something to offer to make the world a better place.

The Adrian Tonon Project approaches nonprofit organizations and charities with one simple question, “What are three immediate nonmonetary needs you require assistance with in order to achieve your mission?” The Adrian Tonon Project then proceeds to prove that philanthropy is about more than money, services, and products by locating and working with other businesses in the quest to provide these specific needs. Tonon’s relentless pursuit to bring happiness and a helping hand to those around him is touching, inspiring and contagious.

In addition to his work at Café Cortina and The Adrian Tonon Project, Tonon, a father of four, also serves on the Board of Directors for Orchards Children’s Services, Founder of Food First Program of Michigan, a member of the International Visitors Council of Detroit, and an advocate for the Slow Food Movement, Children’s Center and Youthville. 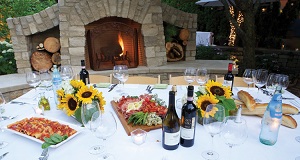 Café Cortina is often seen as a place of special, meaningful celebrations such as birthdays, anniversaries and weddings, but other meaningful experiences occur at the café as well. Tonon often can be seen gathering community minded people together at a corner table in his family’s warm and welcoming “more than just a restaurant” to break bread while discussing solutions to area issues. 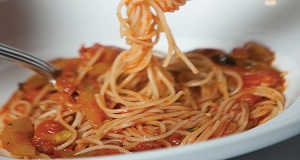 Between homemade courses of fresh salads and bread, scrumptious pasta, and savory main courses, bonds and alliances are formed, action plans are created, and people are united for a common purpose to do good work. From addressing neighborhood blight and crime, to providing education to children on the importance of nutrition and healthy eating habits, to bringing people together to donate their time and talents, Tonon seeks to empower all individuals to join him in a movement to make a positive impact in other’s lives.

“I’m just following my passion, my dream and my family legacy of serving others,” he says, “and while I’m not sure where it’s going to take me and the restaurant – it’s just something I have to pursue.”