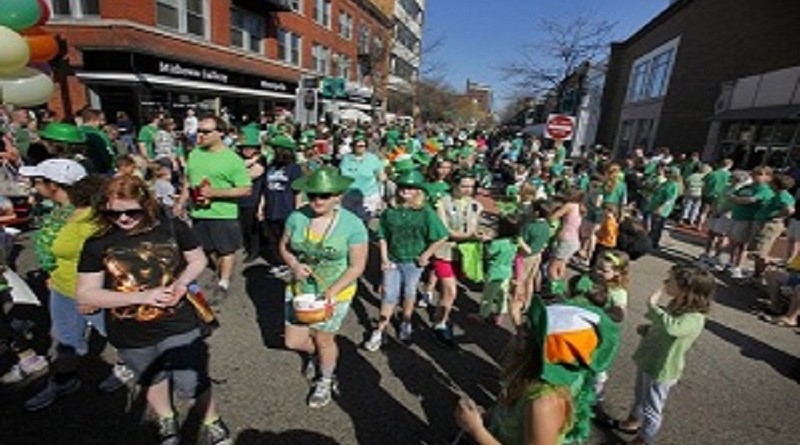 Michigan is lucky enough to have plenty of places to celebrate St. Patrick’s Day – and the arrival of the spring season – throughout the month of March. Whether you’re on a quest for the best Irish stout, are seeking a heaping helping of corn beef and cabbage or are looking for a pot of gold at the end of the parade, look no further than Pure Michigan for some great Irish-themed ideas! 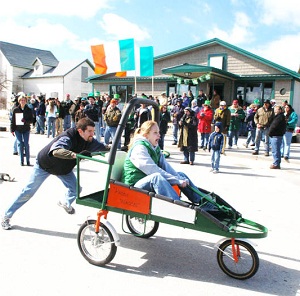 Beaver Island – Known as “America’s Emerald Isle” – this is the largest island in Lake Michigan. At one time, the island was home to Mormon King James Strange. Now, the island’s residents are primarily of Irish descent. Spend St. Patrick’s weekend taking part in a variety of activities including the fish toss, cart race and the annual parade that passes in front of The Shamrock. Activities will be held on Saturday, March 16. Beaver Island is accessible via boat (seasonally) or air from Charlevoix.

Clare – Join the residents of this Mid-Michigan town in celebrating its Irish heritage during the 38th Annual Clare Irish Festival. Take in the Irish parade along McEwan Street, the performance of the Scottville Clown Band, stilt performers, the White Pine Pipe & Drum Corps, or the 5k/10k road race.

Detroit St. Patrick’s Day Parade – The 55th Detroit St. Patrick’s Parade, sponsored by the United Irish Societies (UIS), will be held on Sunday, March 10, 2013! It will start at 2 pm on Michigan Avenue and 6th Street, continuing down to 14th Street. Mrs. Nora Cassidy will serve as the 55th Grand Marshal this year. In 1959, the United Irish Societies, sponsored the first St. Patrick’s Parade in Dearborn, MI. The Parade route follows along Michigan Avenue through the area known as Corktown – which received its name as the Irish were the largest ethnic group of newcomers to Detroit, most of them from County Cork. The Corktown neighborhood is Detroit’s oldest surviving neighborhood.

Fenian’s Irish Pub – Conklin – Rated the #1 Irish Pub in Michigan. This family-owned and operated public house has been bringing Ireland for Michigan for more than 25 years. Join in the festivities on Saturday, March 16 with the 26th Annual “Wearin’ of the Green” Parade followed by the “All-Day Irish Hooley” with authentic Irish music, song and dance. Then, on Sunday, March 17 – it’s a special Sunday opening with music and food throughout the day. 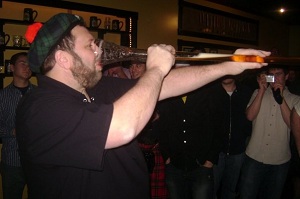 Arcadia Ales – Battle Creek – Get your “Kiss Me I’m Irish” t-shirts and your kilts out and head down for this annual St. Patrick’s Day Bash on Sunday, March 17. Not only is this a chance to celebrate Arcadia’s Celtic brewing heritage, but it is also the release of the summer seasonal – Whitsun Ale! Plus, this marks the reopening of Arcadia on Sundays. The day kicks off with a special breakfast menu starting at 9 am (until 11 am) – including eggs, house-made corned beef hash, Carlson Farms sausage and toast. Special lunch and dinner menus will be in place for the duration of the day. The evening’s entertainment includes a performance from the Moxie Strings, beginning at 6:30 pm. A traditional Yard of Ale contest is sure to be a highlight of the evening! 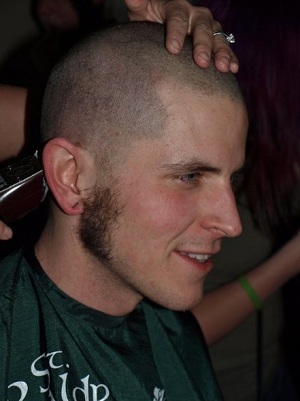 Lucky Leprechaun Ball at Kilkenny’s Irish Pub – Traverse City – The Lucky Leprechaun Ball will be held on Sunday, March 10 at 3 pm, featuring the Mick Gavin Irish Band, Song of the Lakes and the 33rd Danny Boy Singing Contest. Tickets are $15 and are available at Kilkennys, North Peak, Oryana’s, or online at www.tickethookups.com/LuckyLeprechaunBall. Then, on Saturday, March 16 – everything Irish begins and ends here – including the Irish parade. Gather here with your family and friends before the parade and come back to enjoy all the festivities afterward. We will have Song of the Lakes/Wild Sullys performing live Irish music from 2:30-5 and again from 9:30-1:30. Also on Saturday, the annual St. Baldrick’s Fundraiser event begins at 5 pm. Do you know someone that you would love to see with a bald head? This is your chance! Collect as much money as it takes and come to Kilkenny’s – where they’ll be shaving heads for donations from 5-7. You may also donate by going to www.stbaldricks.org.

Irish on Ionia – Grand Rapids – What happens when HopCat, Stella’s and McFadden’s close the streets and join forces to throw a St. Pat’s party? A freakin’ great time, that’s what! Outside, you’ll find bands, Stoner Taco, beer/booze tents, wandering Circus performers, bagpipers, a shamrock/paper/scissors tournament, Hammerschlagen and more. Inside they’ll have Irish beers, some green beer (not at HopCat – no way, no day!) Irish menu features, a private party that benefits an awesome charity (McFadden’s). Activities begin at 7 am with kegs & Eggs at McFadden’s Irish Saloon and run throughout the evening. 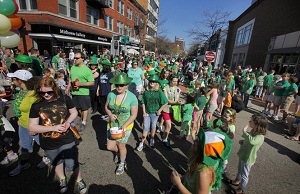 13th Annual Kalamazoo St. Patrick’s Parade – The parade steps off at 11 am on Saturday, March 16 on the Burdick Street Mall, at Michigan Avenue in beautiful downtown Kalamazoo. The parade goes on, rain, snow or sun, and is presented by the Irish American Club of Kalamazoo. Shamrock and Irish flags adorn the parade route, while the Kalamazoo Pipe Band puts on a little “kilt rock” to entertain the crowds. St. Joseph’s parish sponsors some of the best floats, including a train full of leprechauns. Families, proud of their Irish heritage ride in decorated vehicles or march proudly behind banners etched with their family name or crest. Irish step dancers, local scouting troops, non-profit agencies, businesses and restaurants all contribute to the fun and success of the parade by passing out treats to the onlookers. To top off such a fine day, the parade ended with St. Patrick, himself.

59th Annual Bay City St. Patrick’s Day Parade – You +1’d this publicly. Undo
Bay City’s parade began in 1955 and has grown to an event that has become a celebration for the Irish and Irish at heart. This year’s parade will kick off at 2pm on Sunday, March 17. The 2013 parade starts at Center and Park Avenues and disbands at Center and Water Streets. Marching bands, pipe bands, and floats will march down the street led by the 2013 Parade Marshal, Kelly Reed.

Irishfest for St. Baldrick’s Foundation – Jolly Pumpkin, Traverse City – Do you know someone you would love to see with a bald head? Collect as much money as it takes and come to Jolly Pumpkin on Friday, March 15 for a charity head shaving to benefit St. Baldrick’s Foundation. All the money raised will be donated to fund cancer research for children.

Luck of the Irish Casino Train – Owosso – Celebrate St. Patty’s Day by taking a train ride from Owosso to Mt. Pleasant and Soaring Eagle Casino. Departures are from the Steam Railroading Institute.

Irish Hills – Located in southeastern Jackson county and northwest Lenawee county, this area draws its name from the Irish immigrants who settled here between 1830 and 1850. It’s renowned for its beautiful scenery, rolling hills and lakes surrounding the 654-acre Hayes State Park. This area was a stopping point during the five-day stagecoach trip between Detroit and Chicago.