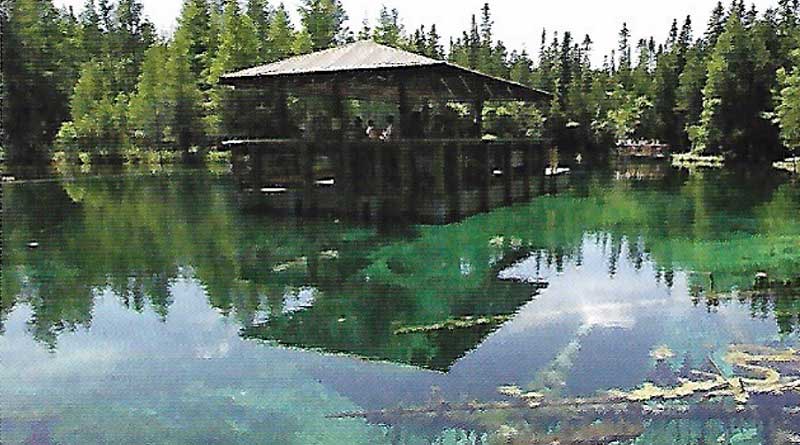 Fueled by thriving automotive and tourism industries in 1919, Michigan residents (nearly 3.9 million) and visitors were anxious to get outside to explore the woods, waters and abundant natural resources that surrounded them. It became important to not only provide spaces for such outdoor activities, but also to set policies to preserve and protect them. And with the passage of Public Act 218 signed by Gov. Albert Sleeper on May 12 of that year, the Michigan State Park Commission was officially organized.

One hundred years later, Michigan’s well-established state park system, with 103 properties in its portfolio, is being commemorated by the Michigan Department of Natural Resources. Centennial events are planned at state parks all around the state.

“The centennial is more than a milestone to recognize that one hundred years ago a document was signed. It’s the celebration of one hundred years of lifelong memories of Michigan’s most beautiful places,” says Maia Turek, Statewide Recreation Programmer. “For a century, Michigan state parks have defined communities, hosting family vacations, family reunions, romantic getaways and after work workouts for generations – and will continue to do so for generations to come.”

Among the newest are Belle Isle in Detroit (2014) and Watkins Lake State Park and Country Preserve in Brooklyn (2017). The DNR also expanded Ludington State Park in 2018 by acquiring a 100-acre parcel of sand dunes, wetlands and forests adjacent to the park.

Many of the early parks were acquired through land donations from private individuals including D.H. Day in Leelanau County (now part of the Sleeping Bear Dunes National Lakeshore), P.H. Hoeft in Presque Isle County, Carrie Mears (in honor of her father, Charles) in Oceana County and J.W. Wells in Menominee County. These parks still bear the names of those early supporters and their wishes to preserve the land for public use.

E. Genevieve Gillette, a former classmate of Hoffmaster’s from the Michigan Agricultural College (now Michigan State University) and the first woman to graduate in the landscape architecture class in 1920, was enlisted to help find new parks, solicit further land donations and secure funding for their development. She was instrumental in founding about 30 parks, including Ludington, Hartwick Pines in Grayling and Porcupine Mountains Wilderness in the Upper Peninsula.

“Genevieve really was a shining example for every woman, man, and child who values, respects, and seeks to steward Michigan’s exceptional natural environment,” says Lawrence Falardeau of the Friends of Highland Recreation Area which has honored Gillette’s legacy with the establishment of a site interpretive marker at their 5,900-acre park.

Today, the Gillette Visitors Center inside the P.J. Hoffmaster State Park in Muskegon pays tribute to these early leaders and their combined dedication to the future of Michigan’s park system.

For more about the history of and celebrations around Michigan’s State Parks, visit michigan.gov/stateparks100.