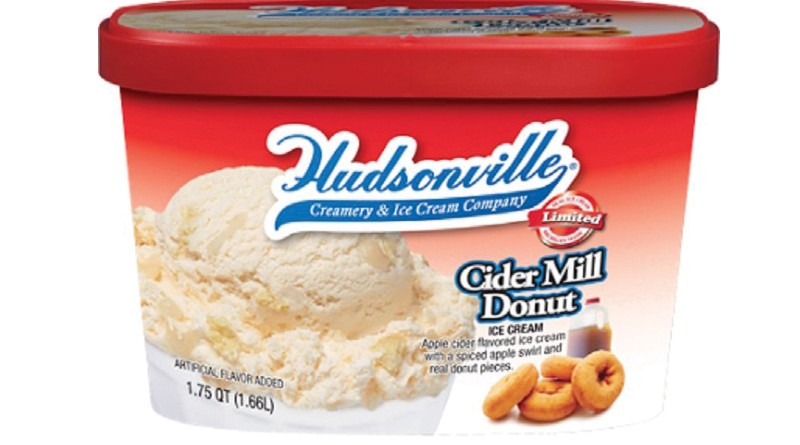 As colors begin to show on the trees around the Great Lakes Region, thoughts turn to the harvest of the season—of cider, donuts and apples. To celebrate these comforting flavors, Holland-based Hudsonville Ice Cream has released two fruit-inspired flavors centered around Michigan’s largest and most valuable fruit crop. Both Cider Mill Donut and Pure Michigan Salted Caramel Apple feature pieces of locally-sourced apples.

“Cider Mill Donut starts off with apple cider flavored ice cream, with a spiced-apple swirl throughout and real donut pieces,” says Ray Sierengowski, director of product development for Hudsonville Ice Cream. “All the flavors of your local cider mill are delivered to you in one delicious scoop. You’ll FALL for this tried-and-true combination.” 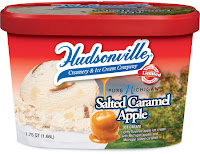 Ever since it was introduced as the 2012 winner of the “Pure Michigan” online flavor contest, Pure Michigan Salted Caramel Apple has been a mouth-watering fall favorite. With its combination of fresh Michigan apples folded into a special caramel-infused ice cream, it tastes just like caramel apples on a stick.

According to the Michigan Apple Committee, Michigan is the third-largest apple producing state in the country (behind California and New York). In 2014, Michigan harvested about 24 million bushels of apples from 9.2 million apple trees in commercial production, covering 36,500 acres on 850 family farms. Michigan’s apple industry is valued at about $250 million, annually (contributing significantly to state’s overall $102 billion agricultural industry).

Other fall flavors to be released this season include: 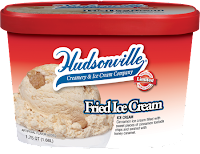 Fried Ice Cream — The weather may be turning cooler, but this flavor will warm your heart. Re-creating the fried ice cream experience from your favorite restaurants, this seasonal flavor takes cinnamon ice cream and mixes in pieces of cinnamon tostada crunch, with a honey caramel swirl. This flavor is in stores now! 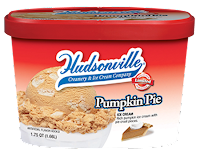 Pumpkin Pie — Michigan ranks #2 in the country for the number of pumpkins harvested each year, and this rich and creamy flavor pays tribute to its place in the state’s overall agricultural industry. Served alone or as the a la mode to your favorite pie, this flavor returns to the freezer case just in time for holiday celebrations. With its traditional pumpkin pie flavors and now with actual pieces of pie crust, it makes a wonderful compliment to your holiday dessert table. Look for this flavor in early October.

Look for these “Limited Edition” flavors—distinguished by the red packaging—in grocery stores throughout Michigan, Indiana, Ohio and Illinois from through early November (while supplies last).

Started in 1895 as a farmers’ cooperative, the Holland-based Hudsonville Creamery & Ice Cream is the largest manufacturer of branded ice cream in Michigan. For more than 80 years, this Midwest company has been producing its creamy, delicious ice cream – using many of its original flavors, while at the same time creating refreshing new recipes inspired by the Great Lakes.