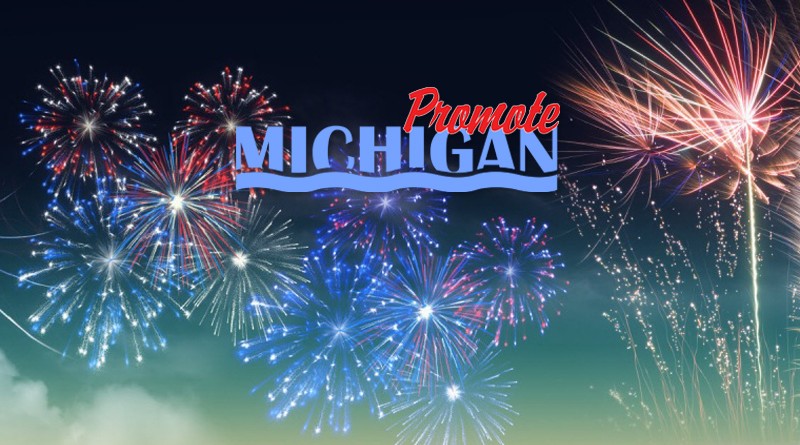 It’s hard to believe it’s been 10 years since I took a leap of faith, left a solid job and decided to make a go of it on my own. It seems like I just started on this adventure yesterday, yet it also feels like I’ve been doing it forever (in the best possible way). Every day, I wake up feeling fortunate enough to write my own story, to lead my own way, to do what I love to do—with people I enjoy, respect and appreciate! Thank you to all of you who have been there from the beginning, those I have met along the way and here’s to those with roles in coming chapters!

On August 19, 2004, Dianna Stampfler left the security of her job of more than seven years to strike out on her own with PROMOTE MICHIGAN. Now, 10 years later, the one-person consulting company is going stronger than ever and racking up alliances with some of the state’s most esteemed associations, businesses and destinations – specializing in Michigan’s niche markets of culinary- and agri-tourism.

“My first client, signed two weeks to the day that I launched the business, was the Traverse Tall Ship Company,” Stampfler says. “I’m proud to say that they’re still with me. Captain Dave McGinnis was the first to believe in what I had to offer and he’s been supporting me ever since!”

Another project early on was a three-month stint with Travel Michigan, a position she says endorsed her on a statewide level and helped her get a solid foothold to move the business forward.

“I remember getting a phone call from Dave Lorenz at Travel Michigan within days after I announced Promote Michigan, asking if I was able to take on a short-term assignment,” Stampfler recalls. “During those three months, I was introduced to many statewide industry leaders and also strengthened existing relationships. Plus, having Travel Michigan in my portfolio gave me a level of credibility that I still respect and appreciate.”

“There are so many other businesses, communities and organizations that have trusted me with their PR needs over the years,” Stampfler says. “Sometimes it’s a small project like a news release and other times, it’s a year-long marketing and promotions campaign. I think in the past 10 years, I’ve worked with well over 50 different entities in some way or another thanks to the word-of-mouth endorsements and referrals from past and present clients.”

Networking and relationship building are the foundation of Promote Michigan. “It’s about being out and about, talking with people, hearing and sharing their stories and finding ways to integrate yourself into their promotional plans with an unwavering level of passion and excitement,” says Stampfler. “I wake up every day thankful that I get to do what I love, with colleagues who have become friends. And I get paid for it! I can’t imagine myself doing anything else.”

In May, Stampfler was appointed to the Board of Directors for the Downtown Market – Grand Rapids and is a long-standing member of the Ferris State University Hospitality Advisory Board. She is also active with the Michigan Culinary Tourism Alliance (on both a state and regional level), Pure Michigan Governor’s Conference on Tourism, Michigan Agri-Tourism Association, Great Lakes Cider & Perry Association, Michigan Maple Syrup Association, United Dairy Industry of Michigan, Kent Harvest Trails, Tourism Industry Coalition of Michigan and West Michigan Tourist Association – the organization she worked at for more than seven years to hone her tourism promotional skills. She also served nine years on the Allegan County Tourist Council, including three years as its chair and served briefly with the West Michigan Film Video Alliance.

In addition to her promotional and media relations services, Stampfler is also a freelance writer and broadcaster. She is a regular contributor to Michigan BLUE Magazine and Grand Rapids Family Magazine. Her articles have also appeared in Michigan HOME & Lifestyle, West Michigan Carefree Travel Guide and Pure Michigan Travel Guide. She hosts a daily 90-second travel program on WAKV AM980; is a monthly guest with “Tourist Talk” on WGVU Public Radio in Grand Rapids, with Shelley Irwin; and is a regular guest on various radio and television programs around Michigan.

Stampfler holds a bachelor’s degree in English and Communications from Western Michigan University and in 2013, she became a Certified Tourism Ambassador (CTA). The mother of two adult children, she recently moved from her hometown of Plainwell to Traverse City – fulfilling yet another long-time dream.