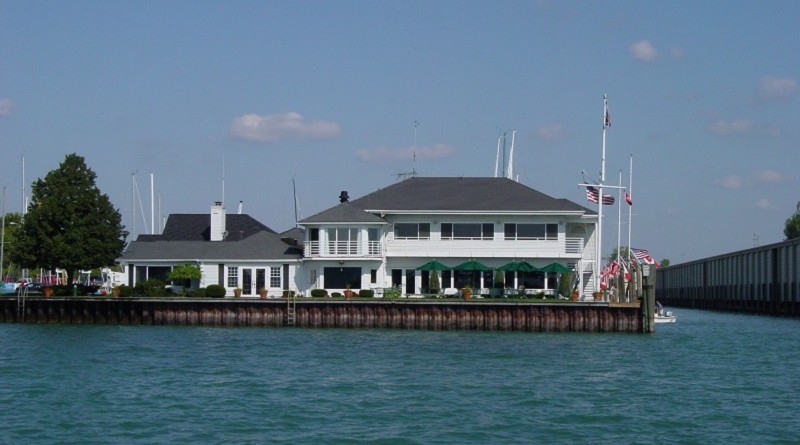 The year was 1915. World War I was underway; Henry Ford was rolling Tin Lizzies off the assembly line; prohibition had yet to be put into law; the Detroit Tigers won a then club-record 100 games, yet narrowly lost the American League pennant to the Boston Red Sox; and five Detroit men each slapped down $14 on a table to launch the Bayview Yacht Club.

While E. Lloyd Kurtzwarth, Percy Williamson, Floyd Nixon, Paul Dietrich and Perc Scott weren’t financially rich, they were loaded with dreams of establishing an organization that would celebrate the Detroit area’s boating and sailing culture. Ironically, only one of the five original investors was actually interested in sailing—or yachting as it was referred to in 1915—and that was Perc Scott, who served as third Commodore of the club. 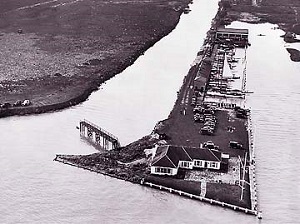 The first clubhouse was a two-story tin shanty, built atop a floored-over boat wells, at the foot of what was then known as Motor Boat Lane, adjacent to the Water Works Park. The building was also next door to the women’s swimming club, and just around the corner from Bill Ortman’s bootlegger speakeasy, adding to the neighborhood amenities for club membership.

From the onset, Bayview was widely recognized as being a club run by sailors, for sailors. It wasn’t established to be a motorboat club, or even a social organization. Its focus was and still is “to stimulate interest and aid the members in proving their knowledge in the arts of sailing and navigation of boats.” 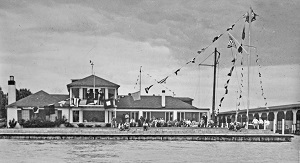 In 1925, the club held the inaugural Bayview to Mackinac Yacht Race, which traveled north 261 miles through Lake Huron from Port Huron, up the coastline south of Bois Blanc to the famed Mackinac Island. That first year, Russ Pouliot skippered the 32-foot sloop Bernida to win with a time of 49 hours, 50 minutes. A dozen yachts competed in the race, only six actually completed the course. (See article below on Bernida).

Over the past 100 years, the Bayview Yacht Club has survived fires, pending bankruptcy, prohibition, several wars, countless years of winter trap shooting from the Club property and the purchase of a pet Double Yellow Head Parrot named Al. 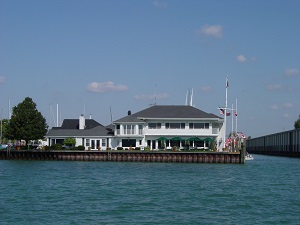 Bayview’s present 8000-square-foot clubhouse at the foot of Clairpointe, occupies about 575 feet along the Detroit River. The Club also operates two harbors with over 100 wells for boats of varying length and beam. The Club also has a separate small-boat sailing center, with several fleets of dinghies, a teaching center, sail club, junior sailing program and an observation deck overlooking the river.

At its Centennial, Bayview continues to lead the world of sailing. Today, more than 1000 people are members of the Club, in some level or another—the highest in its long-standing year history.

“Bayview is going to be here as long as men and women sail boats. And it doesn’t matter whether they’re big boats or small boats, new or old,” says longtime member Ted Everingham. “Bayview has kept pace with the change in the sport, and I think it will continue to do that. There are two reasons to be here. One is because we’re with our friends. And the other is because we all love racing sailboats. That’s not going to change. Sailing was around before this country was here. We’re going to be here a long, long time. I can’t picture what it will be like in 100 years, but I’m sure that Bayview will still be here.“

“It is not our desire or object at any time to make this a motorboat club or even a social organization. While it will be one of the objects of the club to foster a friendly feeling and spirit of friendship amongst sailors and lovers of sailing, it will always be our idea to limit our social expansion to these features only, making the entertainment side of our organization subservient to the big idea of building a powerful sailing organization.” —Bayview Yacht Club Board of Directors, 1929

It is said Bernida does not replicate history…she IS history. And she has quite a story to share. 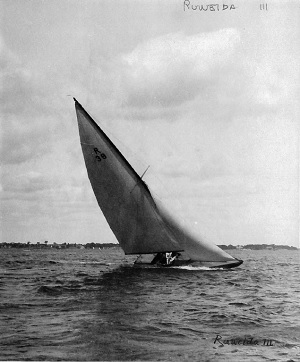 Considered a thoroughbred racing yacht, the 32-foot sloop Bernida (originally named Ruweida III) was launched in 1921 in New England and made her way to the Great Lakes in time for the inaugural Bayview to Mackinac Yacht Race in 1925. With Russ Pouliot at the helm, Bernida made her presence known as she sailed into victory with a time of 49 hours, 50 minutes. She won again in 1927.

From there, it was off to Holland and Pentwater before this fast and elegant boat went into hiding, lost for a considerable amount of time before being rediscovered by Toby Murray in a barn near Frankfort some 80 years later. She was later purchased by Bart Huthwaite, who hired Emory Barnwell to restore her to her glory. 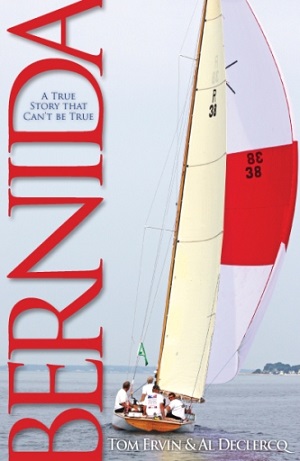 By 2012, Bernida was ready to slice through the water again as a contender in the Bayview to Mackinac Yacht Race. She did not disappoint. Just like she had done 87 years prior, Bernida won the race with a corrected time of 41:34:42, with Al Declercq as skipper. Al recounts the entire saga in a book he wrote, with Tom Ervin, called Bernida: A True Story that Can’t Be True. 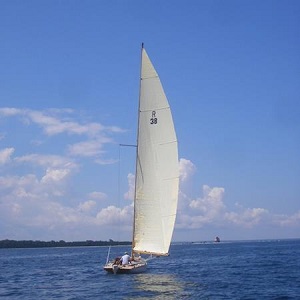 Within weeks of her triumph, Bernida was donated to the Michigan Maritime Museum in South Haven, where public sails are offered throughout the summer season. With a volunteer captain and crew aboard, Bernida can carry up to four passengers who wish to experience this swift and historic champion boat. The cost is $50 per person, for a two-hour sail, by appointment only.

Reprinted with permission from the summer issue of Michigan BLUE Magazine.