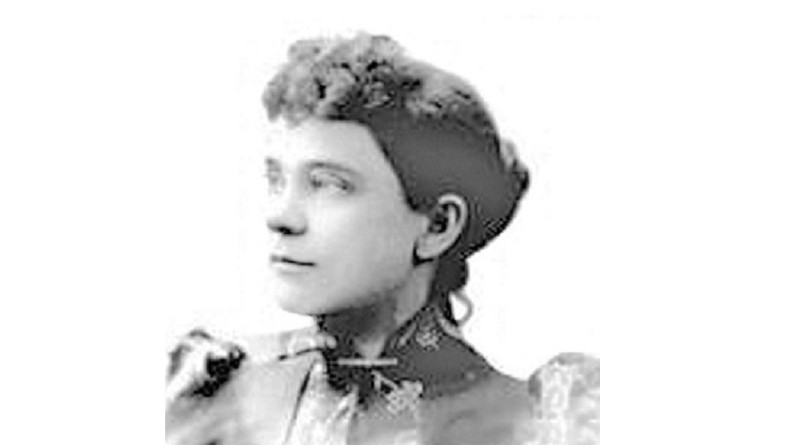 (Reprinted from the Fall 2012 issue of Michigan HOME & Lifestyle Magazine)

You either believe in ghosts – or you don’t. Right? I guess, I personally believe in the theory of spirits – and if nothing else, the stories are exciting to share.

In my research over the years, I’ve found countless stories related to Michigan’s haunted lighthouses. For one reason or another, the diligent keepers seem to linger on well past their time on earth has ended. I’ve written several articles on the subject (Michigan HOME & Lifestyle, Autumn 2010) and even have a program on the subject which I present at museums and libraries around the state (see “Speaker’s Bureau” here).

While I have never personally had a ghostly encounter at a lighthouse – I have friends who have. Fellow travel writer Kim Schneider of Suttons Bay tells a story from her stay at the Coast Guard Station at Whitefish Point along the Lake Superior shoreline – where the Edmund Fitzgerald sank in 1975. Apparently she and the other guests in the house that night were all woken at the same time – each by different, strange occurrences. For several, the locked doors of the guest room came open; for another it was the hazy image of a man in a captain’s hat in the corner of the room; and for Kim it was the gentle stroking of her hair – as if by a young child.

Speaking of children, my daughter Mollie (who is currently 20) was about nine years old when she had her first spiritual encounter. Since that time, we’ve lost track on how many times she’s seen, heard or sensed another presence. One of her earliest experiences was at the current Sam’s Joint Restaurant in Plainwell.

Built in 1838 by Calvin Cutler White, it was the first brick house built in Allegan County and remains one of the oldest buildings still standing in the County. It is rumored that American author James Fenimore Cooper penned “The Oak Openings” during a stopover here, while on a river trip through the area. The site, which was a popular layover for travelers of the Grand Rapids to Kalamazoo Plank Road was also a stop on the Underground Railroad. It has operated as a restaurant since the late 1920s. 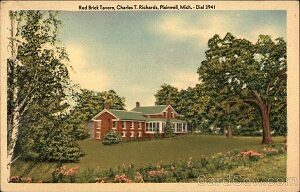 Ironically, my parents managed this property in the 1980s when it operated as the noted Red Brick Inn restaurant. Although they themselves didn’t actually witness any strange behaviors, they heard stories from employees on more than on occasion. “I never saw anything but several times things were not where I left them in the basement office,” my mom told me recently. “I just always heard rumors that it was haunted.”

Mollie said she always felt the building was haunted. “I always got a weird feeling from one of the paintings a little girl,” she said. “Then one day when I was in the bathroom by myself, the water faucet turned on. I don’t know for sure, but I always thought it was that little girl haunting the bathroom.”

Rumors have been passed on for generations about this historic brick building, including one count of a maid at the home who committed suicide – many think it is her spirit that haunts the place to this date.

In her teen years, Mollie’s ghostly encounters began to increase – yet they have never been anything dangerous or excessive. In fact, I think she enjoys this gift. While a sophomore in high school, another memorable incident occurred, this time at the Grill House restaurant in Allegan.

“I had a weird vibe that someone died at the house, even before I knew the story,” Mollie said. “It was eerie because we were seated in a big empty dining room, where nobody else was sitting. It was really quiet. You got up to go to the bathroom and I was looking over the menu. A couple minutes later, I saw out of my peripheral vision above a person wearing a red flannel shirt. It didn’t scare me really – I just thought it was some guy walking to his table. But when I looked up, he disappeared into thin air. You walked in about 30 seconds later.” 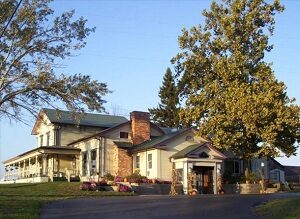 Having been to the Grill House before, I was familiar with its history – and its resident ghost: Jack. Built in 1836 and formerly known as the Hubbard House, the building was used as company headquarters and boarding house for area lumberjacks. In fact, it was the first local public lodging and pub for settlers. Legend has it that about a decade after it opened, a lumberjack was killed in a bar room knife fight and his body was buried on site, in an unmarked grave.

According to the restaurant’s website, “Jack has shown himself on numerous occasions. He has all too frequently been known to move chairs and leave candles burning. Dimming the lights, changing radio stations, opening and closing doors, and rattling dishes are other parts of his repertoire. On rare occasions a single shot of whiskey, Jack’s drink of choice, will even be found sitting on the Rock Bottom bar, acting as a haunting reminder of our supernatural companion.”

Later that fall, during a trip to Traverse City, Mollie made her first visit to The Village at Grand Traverse Commons – the former Northern Michigan Asylum-turned-quaint-residential-business-community. We were staying in one of the condo units, while attending a local food festival, at the time of the incident which affected both of us. 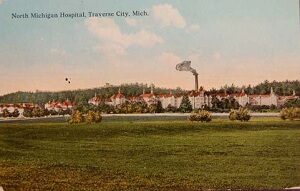 “I thought I saw and heard a little girl and I told you, but you didn’t believe me,” Mollie said. “You were in the shower one morning and you yelled ‘What?’ and when I went in the bathroom to ask you why you were yelling, you said that you heard me say ‘Mom!’ – but I didn’t.”

Built in 1885, this 480-acre hospital complex operated as a regional psychiatric unit until 1989. It sat vacant for many years until a passionate visionary came into the picture in the early 2000s and set a new course for the once dilapidated and abandoned facility, turning it into a award-winning historic landmark.

While the developers aren’t thrilled with ghost stories that are shared about their property, many accounts have been reported over the decades. Such is to be expected from a former hospital for the mentally insane. Of course, it’s often difficult at this stage to determine which stories are actually documented and which are simply fictional accounts meant to entertain.

To read more about The Village, read “Historic Residency at The Village at Grand Traverse Commons” in the Autumn, 2010 issue of Michigan HOME & Lifestyle Magazine.

A growing respect and interest in the spiritual encounters has lead Mollie to see out places with ghostly stories. We recently had lunch at Jolly Pumpkin on Old Mission Peninsula – which is attached to the Mission Table restaurant – situated along the shore of Grand Traverse Bay. This 1880s building haunted by multiple spirits – including that of Genevive Stickney, the former owner who lived there with her husband, JW. 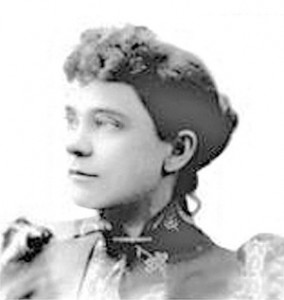 Countless events have been recorded over the years after Genevive committed suicide by hanging herself from the rafters in the elevator shaft upon discovering her husband left all his fortune to his mistress (her nurse) upon his death. Strange sounds, flickering lights, footsteps, clock chimes and mysterious photos reinforce the legend.

Genevive’s antics have appeared on “Unsolved Mysteries” and have been featured in books documenting authentic ghost stories. A detailed account of the Spirit at Mission Table was printed in the Autumn, 2010 issue of Michigan HOME & Lifestyle.

Dozens and dozens of other ghost stories have been documented around the state of Michigan. Many have been highlighted on various cable television shows in recent years and a Google search will bring up many of these stories, for those who wish to learn more about the spirits of Michigan. 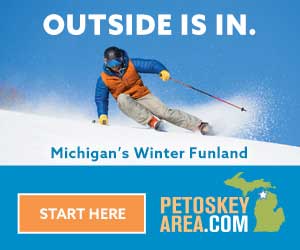