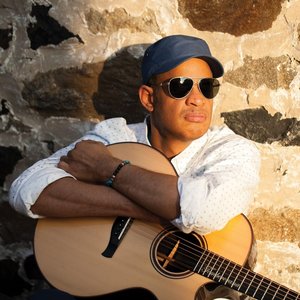 Along with releasing 10 studio albums as a solo artist, Grammy Nominated Raul Midón – dubbed “an eclectic adventurist” by People magazine – has collaborated with such heroes as Herbie Hancock, Stevie Wonder and Bill Withers, along with contributing to recordings by Queen Latifah, Snoop Dogg and the soundtrack to Spike Lee’s She Hate Me. A native of New Mexico who was educated in the jazz program of the University of Miami – and who now lives in Maryland after years in New York City – Midón has earned acclaim the world over, with a fan base that stretches from San Francisco to India, Amsterdam to Tokyo. A rapt critic for the U.K.’s Guardian newspaper wrote: “Midón has a lovely voice, a beautifully controlled tenor that can express anything from tenderness to passion… And the guy can play. His strumming has a flamenco flourish, but after a while, you realize he can do every kind of accompaniment he needs on acoustic guitar.” All fees are included in the price of the ticket.