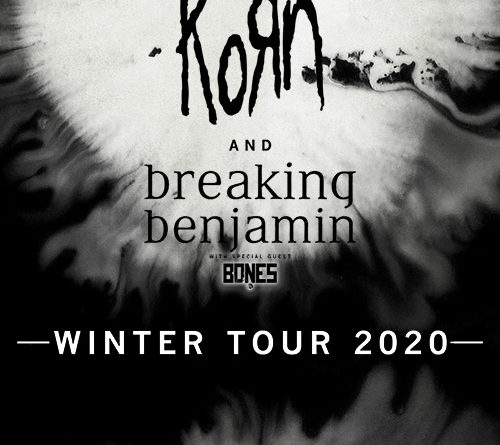 Korn and Breaking Benjamin announce their 2020 North American Tour with a stop at Van Andel Arena on Thursday, January 30th at 7:00 pm.

Grammy award-winning heavyweights Korn and multi-platinum hard rock band Breaking Benjamin will set out on tour together in 2020 with their Winter Tour 2020. Fans will have the chance to see two of the biggest forces in rock perform on the same stage each night.

KORN shook the world with the release of their acclaimed new album THE NOTHING. The group’s latest effort is highlighted by singles “Can You Hear Me,” “Cold,” and “You’ll Never Find Me,” the latter of which is joined by an official music video. Breaking Benjamin just announced they will be releasing Aurora, a collection of reimagined songs from the band’s vast catalogue, on January 24, 2020. Their most recent release EMBER debuted at #3 on Billboard Top 200 and marked the multiplatinum band’s fourth Top 5 debut on Billboard Top 200, following 2015’s #1 for Dark Before Dawn, 2009’s Dear Agony at #4 and 2006’s Phobia at #2.

Ticket prices are subject to change. For current ticket prices, visit Ticketmaster.com. Ticket prices may vary, as market pricing apples to all tickets. Prices may fluctuate based on supply and demand. Tickets may be purchased at the Van Andel Arena® and DeVos Place® convention center box offices or on line at Ticketmaster.com A ticket limit of 8 will apply to every order. 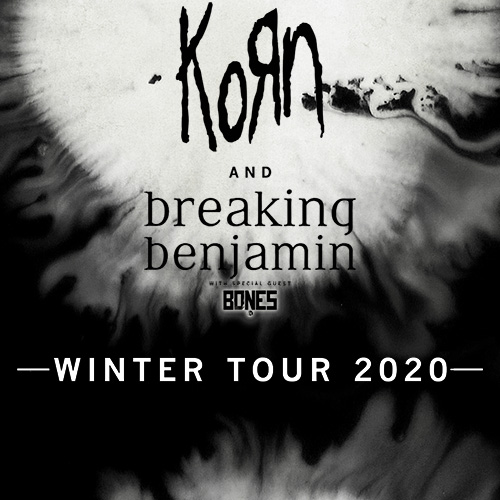