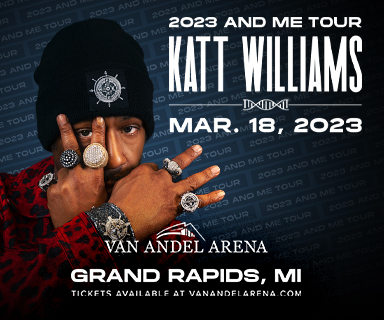 Comedy legend and Emmy® Award-winning actor, Katt Williams has a career spanning over 20 years. Williams has earned a worldwide reputation as one of today’s top entertainers, having developed a career seeded with thousands of sold-out arenas, an expansive list of starring roles on the small screen and memorable performances in major box office hits. His latest stand-up special, “Katt Williams: World War III,” premiered May 17 on Netflix. Filmed at Dolby Live at Park MGM in Las Vegas, “World War III” explores the subject of conspiracy theories, delivering a realistic but humorous critique of some of the most bizarre and alarmingly prevalent theories.

Tickets go on sale Friday, October 14th at 10:00 AM. *Note the box office will not be open for the on sale.