Janet Schrader was just five years old when she first began to play along the sandy, freshwater shores of Lake Michigan, after moving with her mother and siblings from the Chicago area to Berrien County in southwest Michigan. Her grandparents belonged to the historic Prairie Club, officially called Hazelhurst Camp, in Harbert and it was here that she learned to swim and build her first sandcastle.

“I have the best memories growing up playing in and along Lake Michigan. The days were filled with jumping waves and looking for beach treasures,” Janet recalls. “This was the first beach I remember playing on and I loved every moment of it.”

As a teenager, she discovered that the beach was also an enjoyable place to watch the sunset with someone special. Her high school sweetheart, Kirk, became her husband in 1984. They bought a house in nearby Lakeside (where they still live) and began their family. Son Alex was born in 1991 and Nick in 1994.

In 2001, the waves came crashing down around the 36-year-old Janet when she was diagnosed with Stage IV Non-Hodgkin Lymphoma. Not only did she have to regain her strength after struggling through chemotherapy, but she had to recalibrate her mental state and pull herself out of a state of depression.

“The more I walked the shore, the better I felt,” says Janet. “I came to some realizations: life is short and I was going to fill mine with FUN. I was going to find something I loved to do that would make money and enjoy every bit of life I have.”

And, with that, the Sand Pirate was born—although at first, she called her beachy business Fairy Godmother Services. Her job? To help people rediscover their inner child by helping them dig, stack, pack and sculpt wet sand into elaborate natural works of art.

“To see grandparents, adult children and grandkids making magical memories by working together and creating a big sand sculpture fills me with so much joy,” Janet says. “The look on their faces is priceless.”

She has taught group classes at local schools, for major corporations and even made a sandcastle at Wrigley Field in Chicago during a Cubs baseball game. Among her favorite sand creations are dragons, with smoke bombs dropped in the nose to create a multi-dimensional affect. Mermaids are also popular, along with towering castles.

“We love working with the Sand Pirate,” says Janet Tomecek, who has hired Janet to lead sculpting events every Labor Day weekend since 2010. “She has entertained both young and old with her marvelous talents. We have had dragons, mermaids, castles, octopi and Krakens [giant sea monsters] invade our beach over the years.”

Private classes can be scheduled for groups of all sizes, and are only offered within a 30-mile drive of Sawyer, Michigan, starting at $250 for a two-hour lesson.

The Sand Pirate will be in action, July 22-23, at the largest sand sculpting event at Weko Beach along Lake Michigan called “Building Bridgman.” Complete details can be found at BuildingBridgman.org.

Reprinted from the Summer 2017 issue of Michigan BLUE Magazine. 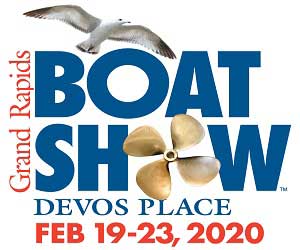